From My Nature Journal: "Hark How All the Welkin Rings!"

Say what?  What in the world is a welkin? When I was very young, my folks and sibs used to watch The Lawrence Welk Show every Saturday night together, my older brothers likely just to see the Lennon Sisters. One might hear at some point throughout those Saturdays, “Are we Welkin’ tonight?” But that’s not what I’m talking about. Still, the phrase sure has a familiar ‘ring’ to it, or at least a recognizable rhythm… 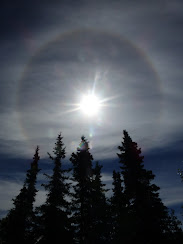 Some time ago, welkin was what showed up on my Merriam-Webster Word of the Day app. An old word, I was not familiar with it, defined as A) the vault of the sky, B) the celestial abode of God or the gods, and C) the upper atmosphere. And as a card-carrying member of both the ISC (the Inveterate Skywatchers Club) and the CES (the Chronic Etymologists Society), welkin looked like a word I ought to know better.

One of the things I love about good dictionaries is their practice, after their definition, of then using the word in a sentence, not just a random and made-up sentence, but one in published literature. These quotes can be obtuse or complicated, and all are well-written, but some can also be quite lovely, and that day’s sentences were of the latter sort. My favorite was from an 1848 tome with both a great title -- Harold, The Last of the Saxon Kings -- and a great name for the author, Edward Bulwer Lytton. His sentence: "The night was dim, but not dark; no moon shone, but the stars, wan though frequent, gleamed pale, as from the farthest deeps of the heaven; clouds grey and fleecy rolled slowly across the welkin, veiling and disclosing, by turns, the melancholy orbs." 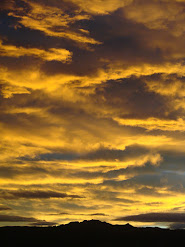 Beautiful! Doesn’t that sentence just transport you to the place? I’m not sure what all that had to do with old King Harold, but I still wish I could write like that.

M-W’s Word of the Day went on to say that, though welkin has seen English usage since the 1200’s in reference to the once mysterious firmament, coming from the Old English and Old High German words for cloud, in current usage it is often paired with the verb to ring, expressing a loud noise or exuberance of emotion, sometimes even associated with the skies. Thunder? The sound of an explosion?

Or the sound of an angelic choir, mayhap? After all, the Bible does say of God, “Your steadfast love, O Lord, extends to the heavens, your faithfulness to the clouds! (Psalm 36:5)” But it’s the angelic choir thing that catches me and that I thought fun to share today, for Hark how all the welkin rings are Charles Wesley’s original opening words of the Christmas carol sung today as Hark! The Herald Angels Sing!

Who knew? I’m not sure when the words got changed, but here’s a photo of the original text in a hymnal dated 1739. I will print it as large as I can so you may look closely. You may be able to click on the photo to enlarge it a bit. 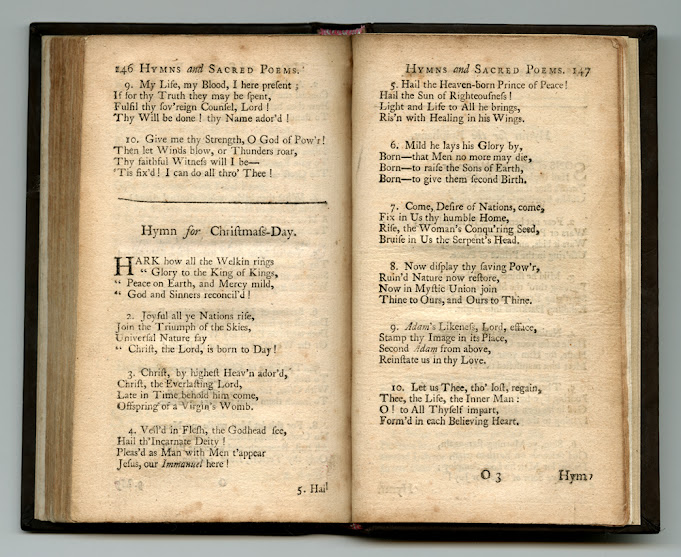 Many of our modern lyrics are intact, but note that Wesley’s stanzas are half the size of our carol’s. That is because the text was not paired with its common tune until over a hundred years later, a tune of German composer Felix Mendelssohn. Note also the complexity of Wesley’s theology in his last four stanzas, omitted from hymnals long ago. I particularly love the line in stanza eight, Now display thy saving power; ruined nature now restore. That is surely a prayer that all of us who are committed to Biblical earth stewardship take to heart and work toward.

Hark! The herald angels sing, “Glory to the newborn King!” What a welkin display THAT must have been for the shepherds that first Christmas night!