From My Nature Journal: I Know My Redeemer Lives! 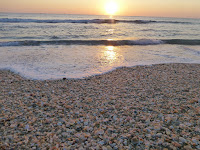 OK, I cannot hold this one back any longer, a great musical track for Easter that I’d like you to take a listen to. Years ago I became familiar with a song by Nicole Mullen called Redeemer, and, I kid you not, it makes me cry to this day whenever I hear it. Now as you all know, whether you’ve met me or not (if not, you’ve ‘met me’ through this blog), I’m usually a very stoic and unfeeling person. Errr… just kidding. I know I can be a wimp when it comes to music, something that, along with nature, is also for me a spiritual pathway to God. Always been that way and always will. Whether it’s Vivaldi’s Four Seasons or Frankie Valli and the Four Seasons, music can get me going and charge my spirit like few other things. And if music, nature, and a holiday like Easter all line up for a possible blogpost, I feel as though I’ve scored the trifecta. 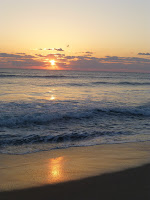 I’m not certain when Redeemer was first recorded, but Mullen won Song of the Year and Singer/Songwriter of the year for it at the Gospel Music Association’s Dove Awards in Nashville in 2001. I became aware of it only when we either bought or someone gave us the Wow Worship: Yellow CD some time after it was published in 2003. So I’ve enjoyed it for well over ten years, yet I ask: When will I stop crying when I hear it? 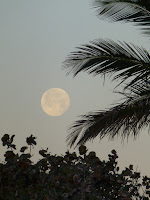 As far as its nature lyrics go, they’re pretty simple. The first verse of the song reflects scriptures from Psalm 74:16, Job 38:8-11, 31-33 and Genesis 1:16-18. Check them out. Of course, with sea levels fluctuating over the eons and rising today, the texts are not intended as science but more accurately and simply as a testimony to God’s mighty power as shown through nature. And the music? To me it is breathtaking -- from Mullen’s powerful, crescendoing and decrescendoing vocals, to the beautiful harmonies of her background choir, to the grandeur of the orchestration. And if I may have a little fun with the music, her rendition includes what might actually be the most individual notes ever sung to a single-syllable word in the history of music! Listen for it, and enjoy. It shows some incredibly gifted
voice control. 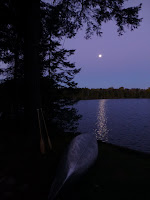 But the song’s message as it relates to Easter? Priceless... I know that my Redeemer lives! That theme is addressed in the second verse, reflecting scriptures such as Luke 15:20, 1 Corinthians 15:54-57 and Revelation 21:4. (Check these out, too!) But it reaches maximum emphasis in the chorus: we have a Redeemer, and not only do our changed lives testify to it -- all of creation does! “I know that my Redeemer lives!” are words taken from Job 19:25-27; in the midst of his suffering and the unhelpful ‘guidance’ of his ‘friends,’ Job’s throbbing testimony in those verses is equal in intensity to Mullen’s in the song. All of creation testified that truth to Job as well.

…We have a Redeemer, and not
only do changed lives testify to it --
all of creation does!

I hope you’ll have time to do something today or early this Easter week: find a quiet, prayerful time, maybe even towards evening, and hit one of the following links to listen to the song while you consider the words prayerfully. Let it be for you a paschal prayer. This first link is to Mullen’s official music video without lyrics, and this second a YouTube recording with karaoke-style lyrics. But hey, you’ve got the lyrics here…

Redeemer, By Nicole C. Mullen
Who taught the sun where to stand in the morning?
And who told the ocean, “You can only come this far?”
And who showed the moon where to hide till evening?
Whose words alone can catch a falling star?

The very same God that spins things in orbit
Runs to the weary, the worn and the weak.
And the same gentle hands that hold me when I’m broken?
They conquered death to bring me victory.

He lives to take away my shame.
And He lives! Forever I’ll proclaim
That the payment for my sin was the precious life he gave.
And now He’s alive and there’s an empty grave. 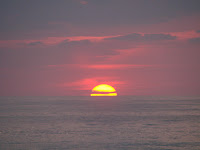 I pray you are secure in this knowledge as well. If not, of all days, wouldn’t today be a good day for you to do something about that?
~~ Blessed Easter!
RGM, March 27, 2016

P.S. If you’d like to know a bit about Nicole Mullen, find more here.
Posted by Rick Mylander at 7:26 AM No comments: 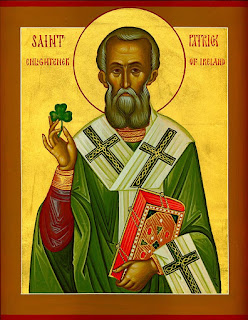 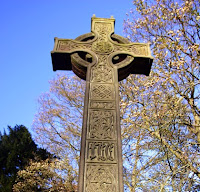