From My Nature Journal: Returning Thanks

“Let us return thanks." 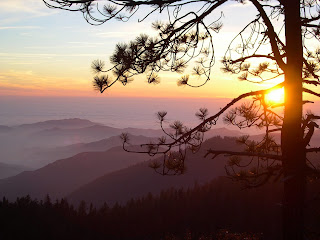 It is an old phrase. Some of you will remember it and some not, but those who do will recall the context in which it was almost always spoken: just before the prayer was offered for a meal. My family, as likely some of yours, called our mealtime prayer ‘grace.’ So rather than hearing someone say, “Let us return thanks,” typically one would shout out, “Let’s say grace!” Then someone (usually an older brother) would invariably bellow, “Grace!” Mom never let it rest at that, and often gave a flick to the head of the transgressor.

Good memories, but I still find myself attracted to the formality of the old phrase. Returning thanks. Play with that a bit. When one returns something, typically they’re returning something they’ve received. Technically, that is not the case as this phrase has come down. God gives blessings. We return something else, thanks. Still, it’s a good exchange. I think our heavenly Father actually likes it.

I’ve often spoken of gratitude being one of seven ‘tools’ every naturalist should have in their toolbox. Frankly, as far as I am concerned it is the most important, so much so that many secular therapists often consider gratitude one of the most healing practices in their toolbox. And when it comes to nature as a powerful spiritual pathway to God, gratitude is an action that can greatly assist us in spanning any perceived or supposed distance between creation and creation’s Creator. 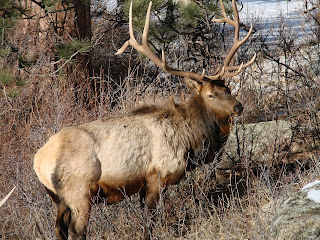 Think of it this way. When we’re grateful for something, we have developed appreciation for it. Now, we can appreciate things for what they do for us or mean to us, for the pleasure they give or the benefits they provide. But let’s think of the word differently. When something ‘appreciates,’ one of its meanings is that it rises in value to us, it grows in our estimation. If I appreciate something, I can simply be happy I experienced whatever it was, or I can now value or esteem that thing or that experience (or its source) more highly because I have been the beneficiary of its worth. It has come to me as a grace, a gift. When I appreciate a natural thing of beauty and awe, I can either say, “Well, lucky me! Wasn’t that great that I could be in the right place at the right time to see such a thing! What a coincidence!” Or I can say, “What or who can I thank for allowing me the chance to see this wonderful sight?” In short, having encountered this amazing thing, I have realized it has been a blessing to me. Then what?

From my perspective there are two entities to appreciate, value, or highly esteem in this way. First, appreciate what you see for its own sake, not only for what it did for you. Think it not too strange, but if the thing of beauty is alive, give thanks to the animal or flower for expressing the natural beauty, grace or power that its Creator placed within it. And value, steward and treasure the specific creature or creation more because of your encounter with it.

guideline in the naturalist's guidebook... 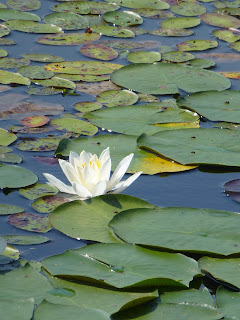 Second, and this is a no-brainer by this point, give appreciation, esteem, and thanks to God for
God’s creativity, God’s awesome good-natured inventiveness, God’s playful palette, God’s holy imagination, God’s omnipotent originality, God’s absolute delight in natural diversity. Did you know there are 400,000 known species of beetles? I mean 400,000! Beetles even! I might have chosen butterflies or berries, but beetles? Don’t you think God might have gotten bored after seeing several hundred into existence? That is but one small example off the largesse of God.

Plain and simple: do you want to grow in your skills as a naturalist, an appreciator of nature? Simple gratitude has the capacity to increase one’s perception and enhance one’s natural experiences in profound ways. It’s also not only a healthy way to live a life, but a healthy way to live a faith. Gratitude. The single-most important guideline in the naturalist’s guidebook.

Let us return thanks.

Posted by Rick Mylander at 12:49 PM No comments: