From My Nature Journal: All From a Knock in the Head… 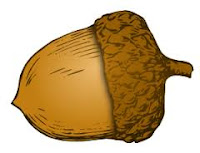 I was walking in the Michigan woods last fall and, out of the blue (literally), something hit me in the head, hard! Looking to where I had heard whatever it was hit the ground and had seen in my peripheral vision something roll to a stop, I found a large, fresh acorn. Maybe a squirrel had just clipped it and let it drop (or aimed it -- I have had that happen to me before with pinecones!). But the oak above was large enough to impede my ability to spot any guilty party nearby. The knock really smarted, though, and I rubbed my head while wondering if it drew blood. The tip had a sharp point, and the nut may have hit me from that position. 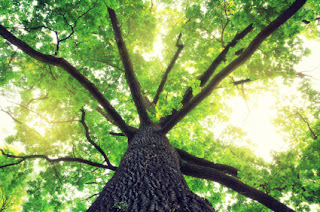 Thinking of Isaac Newton under the proverbial apple tree, and the alleged falling orb by which he brilliantly began to deduce the force of gravity, I wondered if there was anything brilliant I was supposed to construe from this occurrence -- besides perhaps wearing a hat when I walk under oak trees in the fall, or avoiding proximity to coconut trees altogether. So it set me to thinking. Why, indeed, do some trees produce large seeds like this, and others produce tiny, wispy ones that float on the breeze? And what is their essential difference? I decided to do a little research, and here is what I found.

In general, trees produce one of two kinds of seed: one has enough substance to give the potential plant some resources with which it can get its start in life, so to speak, and the other kind does not. Rather, the latter’s seed is released to find its own resources if it can. Interestingly, the tree that produces the first kind expends so much energy preparing a seed with its own resources that it doesn’t produce many seeds; conversely, the tree that produces the second kind, expending so much less energy preparing its seed, can release them by the millions. As Bernd Heinrich says in his book The Trees in My Forest, “A tree has only so much to give… It can either have millions of seeds, each with a tiny inheritance… or relatively few seeds, each endowed with a large inheritance.” 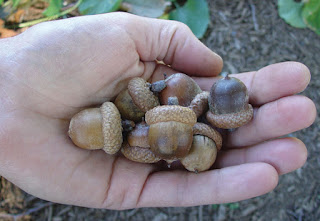 Cases in point: my assaulting oak compared with the ubiquitous aspen. The oak produces a limited number of acorns, dropping them in the fall with, of course, the assistance of squirrels. All nut trees, oaks included (and coconuts!), are of the first kind mentioned above: the entire seed contains enough resources to get it started even on a less-than-perfect patch of ground, even in the shade. By contrast, an aspen releases millions of cottony tufts to the wind, each carrying a seed so small it can hardly be seen. One can brush against my face when it flies in May and I likely may not even feel it, yet the ground might be covered in the down. Each aspen tuft and seed drifts randomly in the rare hope of landing on some hospitable piece of real estate, the one with the most suitable depth and health of soil, the most advantageous amount of sunshine and most suitable quantity of moisture to thrive. Infinitesimally few are so lucky, for, on average, perhaps only one of the seeds a mature aspen releases in its lifetime will grow to fully replace it. (Think averages. If this were not true, northern climes would be covered with nothing but aspens.) Luckily, aspens have another thing going for them by which they are far more successful in their reproductive efforts: most aspens grow from shoots sent underground by a parent plant, and are thus clones of the original. It’s what allows aspens to be the first up after a blowdown, fire or clearcut, without having to wait for a parent tree to release its seed.

But I also found some other interesting things. For example, I wondered how oaks reproduce successfully if animals eat all their acorns. After all, they are a favorite of bear, deer, jays, squirrels and others. I knew, of course, that one of the ways is that squirrels forget (or don’t quite get back to) all the places they’ve buried their stores, and those left behind often sprout, with gratitude for the convenient planting. But in addition to this, I found that nut bearing trees don’t produce every year, and after producing very well can go for several seasons with no crop; this gives them a better chance of eventually sneaking in some seeds that don’t get eaten, while the animal, who has been used to feasting there each season, turns up empty a year or two and writes the tree off his to-do list. I thought that was pretty wonderful.

Of course, thinking about these things leads me naturally to think of Jesus’ parables of the good soil (Luke 8:4-18) or the mustard seed (Matthew 13:31-32). Each of these texts would offer me much to consider if I spun them awhile through my cranium. But the concept most clear and dear to me from this musing is a takeoff on his little parable of the dying kernel in John 12:24, “…Unless a grain of wheat falls into the earth and dies, it remains by itself alone. But if it dies, it bears much fruit…” We humans die as a seed, but of the first kind, like the acorn – with all the resources having been made available while we lived that would be necessary for us to sprout and live fruitfully again, even forever. The only difference is that we need to have realized and taken advantage of it.

Hmmm, all from a knock on the head…

From My Nature Journal: “Please… None of that God S**t…” 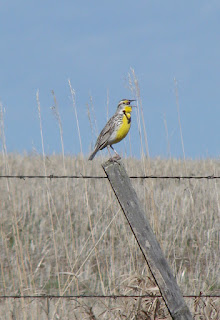 I recently had a conversation with a seasoned, career spiritual director whose husband is a Christian research scientist. As colleague spiritual directors, she and I conversed for some time about the nature of spiritual care with those who do not believe (or who do not think they believe) in God. It is something I had been thinking about for awhile. Her husband runs easily in that crowd, and since she and he share an active social life with his associates, many of them know what she does and I wondered about her experience in that regard.


Here’s a story she shared with me.

One of her husband’s friends who says he’s an atheist casually came up to her at a gathering and told her, “Please, I don’t want to hear any of that god s**t from you.” She responded politely she’d have no trouble being a friend.

Some time later, he and she were engaged in a conversation and it turned toward an experience he had had recently at the ocean shore. He was standing on the end of one of those 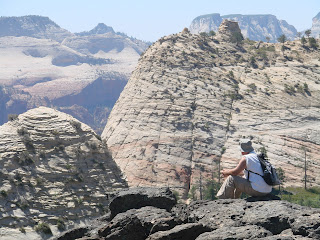 long Los Angeles-area piers, and it was surrounded by jellyfish, hundreds of them, pulsating as they do, hovering just below the surface of the water. He was completely mesmerized, and found them so amazingly beautiful, even ethereal, that it brought him to tears right then and there. Even as he described it to her he choked back emotion. “What’s that all about, Kris?” he asked. She replied, “I’m not exactly sure what to say to you, as I happen to believe it has something to do with that God s**t...”

Several months ago I spoke at a retreat 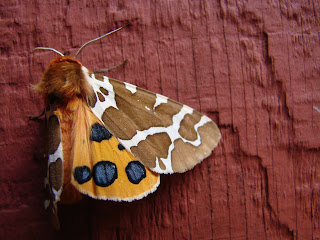 about nature as one of the many spiritual pathways people engage in a meaningful journey toward God. There are numerous reasons why nature can serve men and women in this way, and I shared several of them. One is the nature of gratitude: there is something in us that needs someone or something to thank, something bigger than us, whatever it is. Philosophers and thinkers, Christian or not, have long said that the need for a human to express gratitude, even if its focus at the outset is to ‘the fates’ or to ‘mother earth,’ is an important step toward the possibility of a more informed spirituality. That’s one of the reasons why I often ask you to share this blog with others you know, Christ follower or not, who may themselves find nature a critical step along their way to a greater God-consciousness.

Philosophers have long said that the
need for a human to express gratitude is
an important step toward the possibility
of a more informed spirituality... 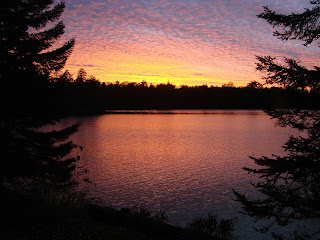 Back to the man of whom my new friend spoke. I pray he is on his way to recognize that there is One constantly ready to share his experience of beauty, to receive his thanks, One he can find has been waiting for that recognition by him all along.