From My Nature Journal: Earth Day -- Reflections of a Steward 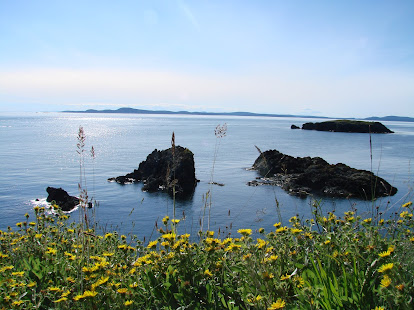 “Fill the earth and subdue it,” You said. One of these days I’m going to study my Biblical languages more carefully to learn exactly what You meant by that.

Fill the earth? OK, I get that. There was quite a bit of vacant real estate at the time. But subdue it? Webster defines subdue as ‘to conquer or to bring under subjection.’ I highly doubt subdue is an accurate current rendering of the Hebrew word. It's certainly not befitting of the Biblical concept of earth care.  We talk of animals or land broken, ostensibly domesticated, the wild taken out. We talk of hills and mountains mastered, of wilderness tamed, of entire forests repurposed. Repurposed? Who are we trying to kid? I guess only ourselves it ends up. And, even that, only to our loss at best and our peril at worst.

Your earth can never be tamed.

As a follower of God, the Bible calls me simply to be a steward of the earth, never its conqueror or vanquisher. Unfortunately, there are many ways in which people have made themselves even worse: earth’s tyrant. But a steward’s role is to care for something their superior has left in their care, and to leave it in at least as good a condition as when they began.

…A steward’s role is to care for something

their superior has left in their care, and to leave

it in at least as good a condition as when they began.

Yet even as a dedicated steward, I sometimes find I’ve been given responsibility for something over which I often have very limited control. (Hmmm… Sounds like my job sometimes!) And then to that add floods, earthquakes, wildfire, storms, tornados and hurricanes, volcanoes, hail, heat, cold, drought, tsunamis, climate change -- ‘acts of God’ they are called, with a little help from your friends on the last one. Sad how You only ever seem to get the credit for the bad stuff and rarely the good.

A poet has written:

In a bathtub one is master of his universe.

But a universe in which I am master holds little appeal.

So take Your earth back, God. Give it not to me or any other to subdue. Steward it I gladly will, and do. In fact, I’ll do my best. But You alone are its Master, and mine.

Posted by Rick Mylander at 10:02 PM No comments: