Blowin' in the Wind: Psalms and Calms in the Storm 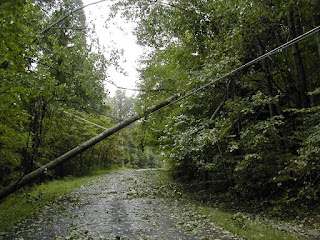 Slashing the sky with lightning-swords,
the Lord’s voice makes the desert writhe;
The desert of Kadesh quakes.
In terror, the deer flee God’s thunder,
that snaps the limbs from the trees;
in the temple, God’s glory appears.

The throne of the Lord is above sky and sea;
the Lord will rule forever.
Lord, give strength to your people;
Lord, bless your people with peace.

Psalm 29, The Psalms: A Translation for Prayer and Worship,
by Gary Chamberlain, The Upper Room 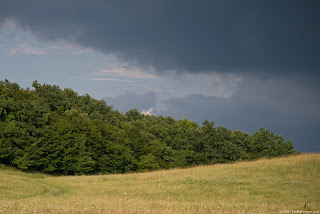 With no intent to make an illusion to the image of my “Blowin’ in the Wind” feature title, out of almost nowhere a heck of a storm just came through this afternoon. For two hours, through a dead calm, I could hear intense thunder growling from a distance, then the rain and wind pounced on us like a cat. After fifteen minutes and a half inch of rain, it was gone and quiet again.

I don’t know if storms are burlier here in this part of the Northwoods than other places where we’ve lived, or if the 100-foot hemlocks that surround our little cabin in the woods just make it seem so, dancing madly in the tempest as they do. During the mayhem I love to sit on the three-season porch and watch, almost makes me feel like Captain Dan lashed to the mast in Forrest Gump. Actually, I confess it also allows me to quickly get pans under the roof leaks that spring up out there during squalls when the wind direction is just right, leaks I can never seem to locate up top to repair. Of course, if from the roof I climbed one of our ‘cedars of Lebanon’ and weathered the gale from that vantage point, I‘d not only be one up on Captain Dan, but I’d do a nature trick John Muir pulled off from a Sequoia in the high Sierras…

Add some hail to the mix of these storms and it’s just crazy -- the trees give some shelter to the cabin, but the lake looks like it’s shaking right out of its basin, little six to twelve inch splash pillars skipping above it as far as the eye can see, which usually isn’t far in the downpour. 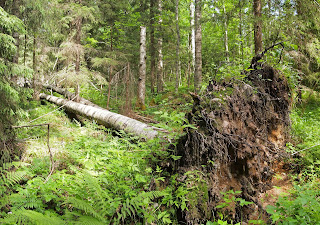 But back to Psalm 29, its metaphors and similes arrest me each time I read them. They come from the heart of someone who knew both the outdoors and his God. Wild. Unpredictable. Powerful. But Glorious! As awesome in bedlam as serenity. And that’s one of the things I love most about the Psalm, the way it ends. We’ve just been given a birds-eye view (at least a bird in a tree) of a stormy uproar showcasing the strength of God, and the psalmist is bold enough to ask not only that God would also give such strength to his people, but that God would additionally bless them with peace, a grace seemingly opposite that presented in the previous words.

Perhaps peace in the storm is the image he intended all along.

P.S. I wrote a couple years ago on storms and their effect in producing strength and resilience in trees, and some surprised scientists who had made some hasty assumptions about weather’s influence on plants. A lesson for a different day, you might want to check it out. Click here to be taken back to that July 2014 post.
Posted by Rick Mylander at 9:14 AM No comments:

From My Nature Journal: Thoughts on Communication and the Handling of a Knife… 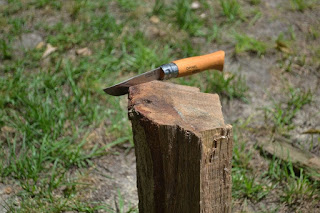 A certain safety precaution was practiced years ago by many who spent time together in the woods, either hunting or traveling, and making camp in the dark. When a hunting knife was being shared, as was often the case, it is obvious that its use needed careful attention, but especially so when light was low.

Oh, I remember the part I learned in Cub Scouts, that the person offering the knife held it carefully in his fingertips by the blade, so the person receiving it could take it by the handle. But there was more, as there usually is from what one learns in Cub Scouts. 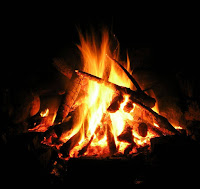 If a knife was to be exchanged in low light, here is how the safeguard worked. The person with the knife, holding the blade, said, “Get it.” The person fumbling for the handle took hold but didn’t yet pull, for obvious reasons, and then said, “Got it.” Finally, the person holding the blade would say, “Good,” and, only then, let go. In this way, as can be imagined, all digits on the fingers and toes of each person could be better accounted for when the transfer was complete!

If two people can learn to handle and exchange a knife so responsibly, what I wonder is…

…why God’s good truth is not routinely handled as conscientiously...
…why so many have become so careless with words…
…why we Christ followers can be so dispassionate in communicating the beauty
and attractiveness of our good God…
…why our present culture has become so rude in both its private and public
discourse… 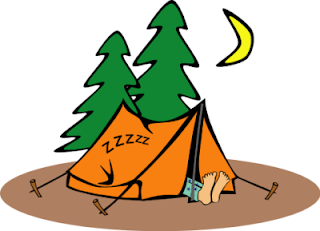 Proverbs says, ”The words of the reckless pierce like swords, but the tongue of the wise brings healing.” (Prov. 12:18) In other words, words are like a knife: they can cut, bad for bad and virtuous for virtuous.