From My Journal: You are SO Insignificant...

Or at least that’s what some would have us think. But perhaps our significance is inestimable… 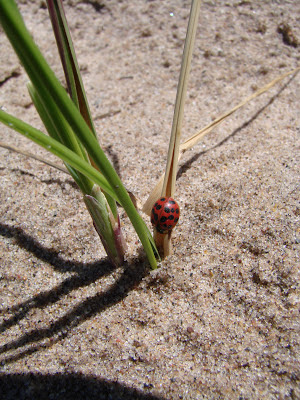 A faint movement catches my eye as I read outdoors: a tiny speck moves across the lower corner of my right hand leaf. An insect almost too insignificant to be seen crawls across my page, barely half the height of the text-printed comma over which it strides. I am stunned by its diminutive size as it meanders among print script as tall to it as a grove of old hemlock trees. Were it not for its contrast against the sheet’s whiteness, I doubt it would have been seen; a fruit fly seems a garbage truck in comparison. 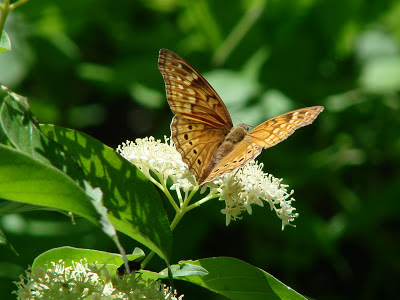 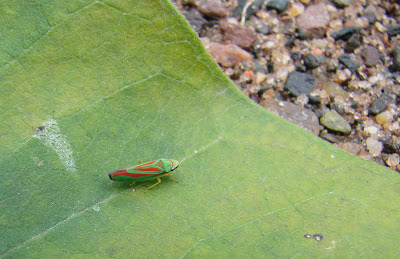 Exclaiming upon it I show my daughter Sarah, who cautions that if I should try to pick it up I’d probably ‘smoosh’ it. So I observe for a while and strain to see any hint of detail, but find none. It is just a moving fleck, a mote in motion. Finally it makes for the spine and I think, “No, I don’t want this book infested with whatever it is,” so I rub it off onto a finger expecting its demise, then look at my finger and am amazed to see it there, crawling still, at which time, incredulously (and probably pretty ticked off), it raises infinitesimally small wings barely visible to my bespectacled eyes and flies off. Pardon the use of the word but my eyeballs literally bug out, and I shake my head with regret that I did not run for the magnifying glass the first chance I had to see the little beastie a bit more closely.
I wonder what is in me
that might judge it so
significant 'out there'
yet so insignificant
right here... 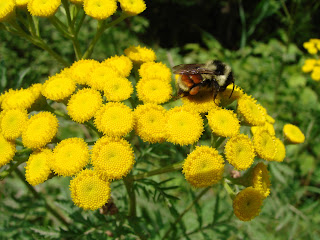 For a brief moment I unthinkingly ponder the creature’s insignificance in the grand scheme of biological life, but then it quickly occurs to me: if such a creature were found to inhabit or once have inhabited the moon, or Mars, or some unknown distant planet in another solar system, it would be one of the most spectacular finds in the history of science, life in another place, almost on another plane or in a different dimension. Its insignificance would evaporate in its new context, and it would likely be considered a candidate for the most important scientific news of the century. I chuckle at myself and wonder what it is in me that might judge it so significant ‘out there’ yet so insignificant right here. Then I chuckle again as I muse on my own seeming insignificance from the vantage point of the vastness of God’s created universe.

Human perspective is amazingly quick to place value on things by their relative size and impact. Though the tiny thing had at first startled me in its smallness, my next inclination was to entirely dismiss it. (Way to go, Mr. Naturalist…) And yet, it is significant, ineffably and sensationally so.

Glad I was for the reminder that life is an absolute miracle in every one of its manifestations. Yet I am also grateful to God for his creative and massive magnificence, and, in spite of it, somehow, for his sacrificial, outrageously significant consideration of you and me.

When I look at thy heavens… (I ask:) what is man that thou art mindful of him, or… that thou dost care for him? Yet thou hast made him little less than God. [Psalm 8:3-5]

~~RGM, from an earlier journal entry,
Adapted for Blog January 8, 2013

Posted by Rick Mylander at 7:44 PM