Blowin' in the Wind: "Taps" -- Not Just for Trumpet Players Anymore 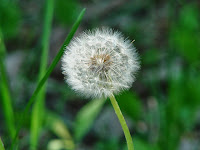 (Blowin’ in the Wind is a regular feature on my blog consisting of an assortment of nature writings – hymns, songs, prayers, scriptures, poems or other things – pieces I may not have written but that inspire me. I trust they will do the same for you.)


It’s just a simple little song with four notes, but what a complete wallop of emotion, thoughtfulness, even pathos it can pack. It is commonly known as “Taps.” But unless you are from my generation or older, you may not know that the tune is also a wordless rendition of a lovely little nature hymn denoting sunset and end of day. 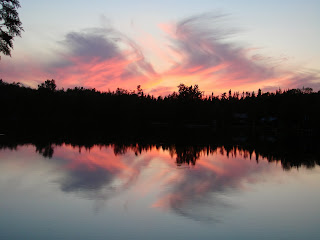 Day is done. Gone the sun
From the lakes, from the hills, from the sky.
All is well. Safely rest.
God is nigh.

Fading light dims the sight,
And a star gems the sky, gleaming bright.
From afar, drawing nigh
Falls the night.

My first association with “Taps” came early in life at a Bible camp we used to attend each summer. Every night after ‘lights out,’ way off in the woods somewhere some kid, probably with a crew-cut and large ears, would play it on a trumpet as a blessing upon the day. Perhaps some of you remember it that way from scout camp. At Blessed Hope Bible Camp in Michigan, we’d first barely hear it as it was played on the women’s side of the campground; but then about five minutes later we’d hear it again nearer by, but still distant, and that denoted the time our counselor made us all shut up and go to sleep.

But the tune, of course, is also indelibly associated in our culture with funerals, particularly those with military honors. Though appropriate to the lyrics, and though a very somber moment in our life experiences, in my estimation this gives the lyric and tune a sadness they do not deserve. 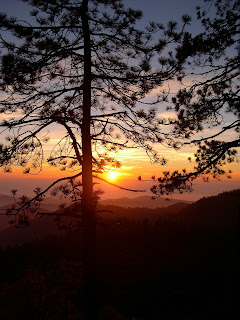 So which came first, the tune or the lyrics? Historically, the use of the tune came some decades before the lyrics were written; as in my Bible camp experience, it was used as a bugle call in the 1800’s in military encampments in Europe and the U.S., not for funerals but for the close of day. (And humorously, the word ‘taps’ comes from the Dutch taptoe, their second-to-last bugle call of the day, intending actually that all beer keg taps be closed to soldiers! They needed to get back to camp before the last bugle call required all fires and lights to be extinguished!) By the time of the American Civil War it was regularly used in the U.S. military to mark day’s end, but it was also during this time that its use at military funerals was popularized, both in the north and south. Some time after the war, Horace Lorenzo Trim, about whom little else is known, composed the simple and thoughtful lyrics.

Whether used then as an inspiration to rest or to rest in peace, perhaps it also becomes somber or reflective in its bare, four-note simplicity. I mean, even “Twinkle, Twinkle Little Star” has six! And it’s also remarkably guileless today for a trumpet player to play it, who doesn’t even need to change finger position!

And yet such could also be said of the setting sun – somber, thoughtful, simple, completely common, yet awesome in its ability to take our breath away or give us pensive pause. So let’s think about end of day before we close, and perhaps in the process we can resurrect the song a bit from its relegation to funerals.
Perhaps we can resurrect
the song… from its
relegation to funerals. 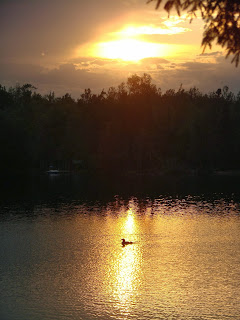 In my experience, sunset is the day’s benediction. As often as I am able to enjoy it, it is as a blessing to me upon the day, a time for reflection, for prayer, for thanksgiving. A spiritual practice since time immemorial is something called in Latin an examen, or the examination of conscience; it for many is a daily discipline to think over one’s waking hours and determine where God seemed present or absent that day, or where we seemed present or absent to God. Perhaps at some point I will put up as a resource on this blog a simple instruction for an examen, but for our purposes, the sunset tonight and the lyrics of this song can alone provide good substance for our contemplation. It’s a fine song to accompany an evening examen.