POTM...*: Shopping in the Woods 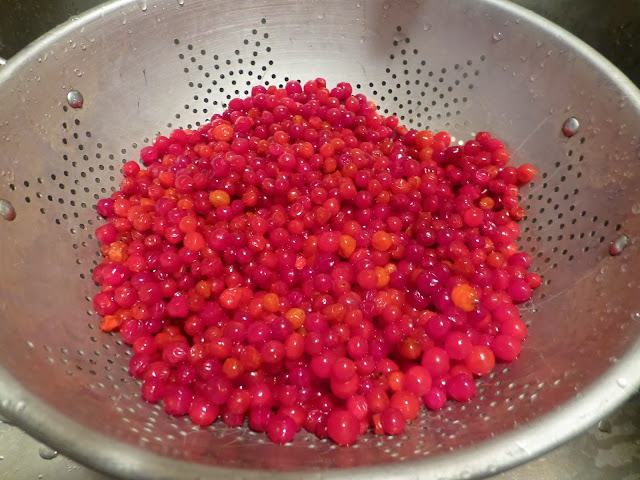 They’re called highbush cranberries, though they are not cranberries at all. We stumbled across the bright little fruits on a roadside one early fall day, took a sprig to ID them, then noted them again in a couple other marshy areas. Finally, we determined to get back to those spots later and do some harvesting – “shopping in the woods” as we like to call it – which Gail and I did last weekend with my sister and nephew. 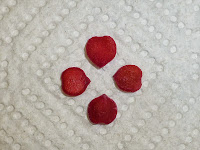 A member of the honeysuckle family, they grow on shrubs 6-16 feet high and provide a winter-long food source for birds, though for some reason tend to be among the last berries eaten. As a result they can also be harvested long into winter, sometimes the more easily spotted in snowcover. And though not related to true cranberries, they taste amazingly like them made into sauces, syrup, jelly or juice, rich in vitamin C. Curiously, they give off a strange and unpleasant odor when being cooked, though one would never know it with the finished product; also interesting are their heart-shaped seeds, which Gail could not resist arranging photogenically on a paper towel.

So now the sauce is cooked up, canned, and awaiting the Thanksgiving table next month, one more thing among the myriad for which to be grateful.

“And the earth yielded grass, herbs yielding
seed after their kind, and trees bearing fruit,
with its seed in it, after their kind; and God
saw that it was good.” (Genesis 1:12)