From My Nature Journal: Ho-ho-hum... 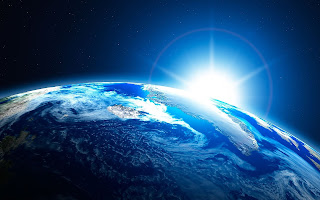 Martin Luther said in the 1500’s, “The greater God’s gifts and works, the less they are regarded.” Such could be said of God’s astonishing creation gifts and works, to which, if I remember correctly, Luther was referring at the time. People would do well to pay better attention to creation, both its beauty and its care; therein they might find possible avenues toward greater peace with God, others and themselves. And that’s to say nothing of greater spiritual purpose, well-being, delight and joy.

The greater God’s gifts and works,
the less they are regarded…
~~ Martin Luther, 16th Century

But the same could be said of God’s salvation gifts and works. Fewer and fewer in our western culture, which was founded upon the ethics of the Bible if not the Scriptures themselves, regard God’s incarnation highly, or for that matter, much else having to do with Biblical ethics or salvation history.

I’m usually not a doomsayer or pessimist, actually find the proverbial pony in the room of horse manure quite regularly. But I keep running into things that trouble me at worst, or simply mystify me at best, about our cultural depravity. This morning while checking the news online, I clicked a story about Pope Francis, whom I try to follow;  I like the man, don’t agree with everything he says, but still like him and pray for him. While reading the article, though, some video popped up featuring an unmarried same-sex couple in a sexual escapade, the dialogue complete with the f-bomb. What? I did not ask for this! I’m just trying to read the news. I turned away, but not before my incredulity kicked into highest gear. What is going on here? It’s no wonder a good portion of the world looks askance on the cultural exports of the West, let alone declares holy war against it.

Jesus, in a parable about two men who died, one who went to heaven and one to hell, tells of the one in hell pleading with ‘Father Abraham’ (the parable’s stand-in for God) to send a messenger back to his five brothers to warn them of their danger. In the parable, Abraham says it would be futile; they would disregard both the messenger and the message, remain unimpressed, ‘…even if one were to rise from the dead’ (Luke 16:19-31). Jesus sure got that right.

So, I know I have a choice here, one I am finding I need to make more and more often: I can remain in my incredulity about people’s disregard of God’s various gifts and works. Or I can do something else: I can be God’s person, during Advent and every other season, and seek to fairly and lovingly represent him even in the midst of that disregarding world and the worst that it can offer; and I can share my high regard for the works of God, both his creation works and his salvation works, as long as God gives me voice. Henri Nouwen puts it well:

The central question is: Are the Christian leaders of the future truly men and women of God, people with an ardent desire to dwell in God’s presence, to listen to God’s voice, to look at God’s beauty, to touch God’s Incarnate Word and taste fully of God’s infinite goodness?

Will you please join me in the latter choice?