From My Nature Journal: One Good Thing Leads to Another...

Have you noticed? When a child discovers something that really catches their curiosity or wonder, they often look to their parent -- not as if to say, “What IS this?” -- but rather, “Wha…? LOOK at that! Do you see it, too?”

I often found this the case with my kids, nieces and nephews when they were young, and find it now with my grandchildren, grandnieces and nephews now that I am older, especially when we are outdoors. “Look, Grandpa,” one might say, “isn’t it beautiful?” And it might just be nothing but a nondescript moth, small toad or faded daisy. If it’s animate, however, and if it’s my grandson Wyatt we’re talking about, I can almost wager that he’ll follow this with, “He likes me! Can I take him home?” It makes me smile to think of this. He has even done it with earthworms, though I’m not sure what the signs of earthworm affection are that he seems to recognize so quickly… That doesn’t matter, though. For Wyatt and other curious children, the natural next inclination of discovery is often to share what has been experienced. For them, one good thing leads to another. 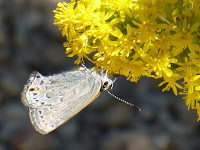 Again, the natural next inclination of discovery is to share what has been experienced.

It’s why I do this blog, of course, the enjoyment of sharing things I observe with others. None of it is rocket science; heck, it’s often not even good biological science, but there’s joy in the sharing just the same, as well as in the anticipation that another might find similar delight. I have no idea how many people are reading this blog, don’t trust at all the 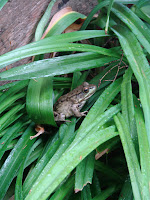 accuracy of its tally feature. What I DO trust are the comments I hear from others, either personally or electronically, comments that tell me that something is connecting, that there’s something powerful at work out there, that others also find creation’s beauty, mystery and wonder a natural pathway to God. Sharing a discovery seems not so much to validate it, though there’s some of that, as to confirm its value in the heart of the observer, and to share something through which another may find similar value. So for me, as with young children, the next inclination of discovery or delight is to share what has been experienced.

The fourth chapter of the Gospel of John has a remarkable story about a seemingly outcast woman whom Jesus meets at a public well, a story that is one

of my favorites. The area is temporarily deserted, and it gives the woman and Jesus the chance to have the conversation of a lifetime. I won’t go into the details of the story or conversation, because it is an extremely enjoyable read for you to peruse yourself (John 4:1-42). But what almost stuns me is the eagerness by which this woman, perhaps shunned by so many respectable people for so long, takes a momentary break from the conversation with Jesus to hurry back to her town, Sychar, to share her discovery with her townsfolk and bring them back with her to meet this amazing man. Somehow, in spite of what she may have had going against her, even with all the rejection she had likely known, her first inclination was to share. 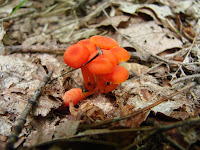 William Barclay says in commentary about this passage that no discovery is complete until the desire to share it fills our hearts. Do you agree with that? It seems to me that far too many seek to keep their discoveries to themselves, especially if there is gain of any kind in play. Maybe Barclay is just talking like an extrovert, a camp in which I find myself, though I’ve no idea if he was an extrovert or not.

Do you share your faith? I’m not talking the ‘four spiritual laws’ kind of sharing, though those laws are pretty darn good, and quite accurate. But, keeping it simple, like my grandson Wyatt  -- has your discovery so filled you that it cannot help but ooze out somehow in one way, shape or form? That would truly be one good thing leading to another.