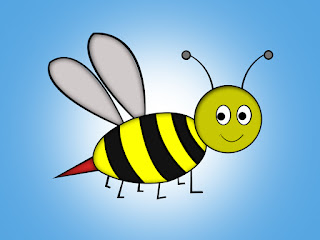 It’s crazy what one can learn from a bee sting.

Yes, it happened to me yesterday, and it turned into a bit of an ordeal before it was all over. Gail and I were riding down a backwoods road on our four-wheeler here in the Ottawa National Forest of Michigan, and a wasp of some kind whacked me in my helmet, or I whacked it – er, no, more accurately, we whacked each other – and it then got stuck in my chinstrap, stinging me repeatedly on the cheek. Talk about a bee in my bonnet! (I thought they could only sting once, but found later that that’s only honeybees.) Yowza! Immediately, however, it seemed like no regular sting: I felt light-headed, my lips started to swell and my underarms started to itch like crazy (sorry, never thought I’d refer to armpits in my blog), and I seemed to recall there were lymph nodes there…

Now, I’d just had another bee sting three days before which played out as normal. You know the drill – minor swelling at the site, a single welt, gripe a bit yet not a big deal. But this reaction yesterday startled me, so we turned directly back to the cabin and within a few minutes I was able to slap an icepack on my mug and take some diphenhydramine (Benadryl) and acetaminophen (Tylenol). Still, the symptoms worsened, and I began breaking into hives and my throat and chest tightened. We quickly searched the Internet and found these all to be signs of a possible anaphylactic reaction, and we knew people could die from that! But how could this be? I’ve had bee stings all my life! Anyway, though the hospital was nearly an hour away, we thought it best, me begrudgingly, to get to the ER as quickly as possible. Soon after being hooked up to a heart monitor and getting an IV port installed in my arm, all in the event my condition deteriorated, the symptoms began to subside. 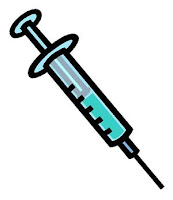 To make a long story short, it was a mild reaction as such things can go and we were home in several hours. Still, it was enough that I am now advised to carry an Epi-pen nearby at all times. I hate that idea. Life is complicated enough without having to think about that. But these things can get progressively worse, so I am trying to be grateful rather than regretful.

That’s just the backstory, however, and not the focus of my thoughts today. As usual, something else occurs to my spirit.

In talking with our Seattle son Jarrett about it this morning, who is a nurse, he described what all happened and what part epinephrine plays when it is needed. Epinephrine is nothing but adrenalin. No, actually, it’s the other way around – there is no such thing medically as adrenalin. Something we call adrenalin is produced by our bodies, as you likely know, to generate in us the capacity for the fight or flight reflex. Adrenalin is essentially made up of three chemicals: epinephrine, nor-epinephrine (sp?) and dopamine. So it is more rightly said that adrenalin is nearly nothing but epinephrine. But here’s the cool thing: the presence of these three chemicals slows down all immediately nonessential body functions, things like digestion, urination, and pain/nerve impulse, and revs up what is most essential at that key moment, the cardiovascular system. ‘Adrenalin’ dilates the lungs, increases blood pressure as well as heart and breathing rates, affecting that part of the brain responsible for these latter functions, all to provide maximum oxygen capacity and peak energy to fight or flee. Amazing. In the case of a person experiencing anaphylactic reaction, a time when lungs contract and air passages can swell shut, epinephrine maximizes the ability of the body to simply oxygenate itself. Also amazing.

This is not the first time our son has schooled us in the functions of this miracle machine we call our bodies, and it won’t be the last. These things are incredibly interesting to me.

And today it has gotten me thinking about the importance of keeping the main thing the main thing, of attending to the right things in the right opportune times. There are moments in our lives when something unique happens and God seems to throw open a window, when his presence can seem more palpable, and a ‘thin place’ between heaven and earth presents itself. I officiated a funeral recently, and shared with the family that the death of a loved one is such a time, a time when we can simply choose to stay only in our grief and turn in on ourselves, or additionally, also open ourselves in that brief season to what God has to teach us, or even for what God can be for us at such a time. These are the kinds of moments in our spirit lives when nonessential functions are slowed and the most critically important life functions are able to be enhanced for our ultimate larger benefit.

Like a shot of adrenalin during anaphylaxis, how important it is that we be receptive enough at such times to give the main thing the opportunity to do its critical work.

Read verses one through ten of that passage later today if you have the time. The whole excerpt is pretty awesome.

And by the way, I got stung again a week later and things went as they had in the past. Go figure…