From My Nature Journal: Sequoia National Park and the Memory of Muir 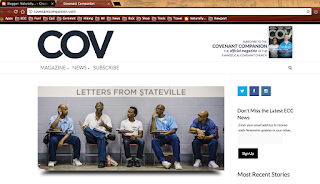 Several months ago in the online version of our Covenant denominational magazine, COV, an invitation was given for people to submit a three-hundred-word essay about finding God in the national parks. Prompted by the 2016 centennial observance of the National Park Service, the invitation stated, Our national parks have often been referred to as living temples formed by God… places where many renew and deepen their faith. In one way or another, visitors often echo the words of the psalmist: “O Lord, our Lord, how majestic is your name in all the earth!”

I took COV up on its invitation and sent an essay on a remembrance of mine visiting Sequoia National Park in California. Last month it was published along with several others, and I thought I’d pass it along on my blog this week, as it was about this time of year that I visited. Here it is:

Gail and I have been to scores of national parks, monuments and wildlife areas over the years, along with numberless other places of natural interest. Time spent in the splendor, silence and solitude of the parks never cease to bring us spiritual peace and perspective as we contemplate the grandeur of God.

One of our favorites is Sequoia National Park in the California Sierras. It’s not only the beauty that arrests us there, however, it’s also the memory of Christian naturalist John Muir (1838-1914), for whom the Sierras, and particularly the Sequoia and Yosemite parks, were a beloved haunt. One does not have to read much of Muir before they are well acquainted with what he considered the Source of the parks’ magnificence. Consider this, from his My First Summer in the Sierra:

“Look at that now… And to think that God should plan to bring us feckless creatures here at just the right moment, and then flash such glories at us. Man, we are not worthy of such honor! Praise God from whom all blessings flow!” 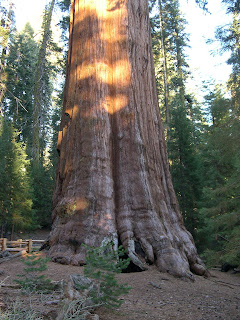 I could not say it better. Whether it’s the hush of a remote grove of sequoias or sugar pines, a hike with a panoramic view over California’s cloud-shrouded Central Valley, or standing before the largest singular organism in the world, the General Sherman Sequoia (pictured at right), spiritual inspiration and praise to the Creator run deep. In fact, I here confess my weakness in having sought a token of remembrance of the experience: may the National Park Service forgive me the pinecone I slid into my pocket while standing beneath the Sherman! To me, that simple cone is like a communion wafer, a remarkably tiny thing belying the main object’s astonishing scope!

If you’d like to see the e-published COV article which included the five submissions, and some fantastic photography (including some by my dear friend Win Houwen, Covenant church planting pastor in Longmont, Colorado), click here.

Get outside. No box required.