From My Nature Journal: Zoomorphic 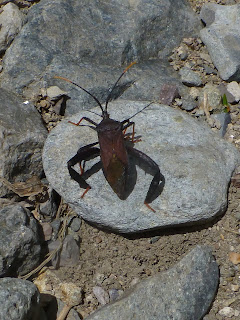 I find it humorous, even ironic, that naturalists disparage anthropomorphism, or at least shy away from any tendency to attribute human characteristics to animals. Yet many of these same persons are not reticent to attribute animal behavior to humans! Apparently zoomorphism is acceptable.

Think of it. One can swim like a fish, laugh like a hyena (is it really laughing?), wolf something down, horse around with someone (is that the same as monkey around?), sing like a canary, smell a skunk or a rat (without smelling a skunk or a rat), weasel something out of someone, give a bear hug (a what?), have a tiger in their tank (another what?), have bats in their belfry, squirrel something away, herd cats (while not herding cats), strut like a peacock, worm their way out of a jam (why not an apple, or even a tequila? I never saw a worm in jam…), wish to be a mouse in the corner, crow like a rooster, talk turkey (or be quiet as a mouse), fight like a cat, parrot something back, play possum or horse, fish around for something, multiply like rabbits or lemmings (do animals do math?), float like a butterfly and sting like a bee (in the words of the great one), dog paddle, have a memory like an elephant (how do we know what elephants remember?), or have handwriting like chicken tracks. One can even eat like a bird. Or was it a horse? Or a pig? Whatever. 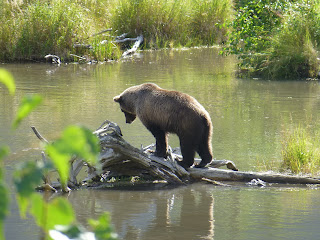 One can be sheepish or a scaredy-cat (umm, scaredy is not even a word), be out-foxed, pigeon-holed, horse-tied (or hog-tied… but who ties hogs anyway?), slippery as a snake (snakes aren’t slippery), industrious as an ant, dog tired (and even take a cat nap to catch up on their sleep), prickly as a porcupine, busy as a bee (or a beaver), sly as a fox, mad as a hornet or a wet hen (how mad is this?), strong as an ox, playful as a puppy (or if you prefer, an otter), spineless as a worm, sure-footed as a mountain goat, a bull in a china shop (has that ever really happened?), happy as a clam (are they actually smiling?), a big fish in a small pond (or vice versa), loyal as a dog, bold as a lion or meek as a lamb, jumpy as a cat on a hot tin roof, stubborn as a mule, blind as a bat (bats aren’t blind) or eagle-eyed, wise as an owl, graceful as a doe, slow as a snail or fleet-footed as a gazelle, snug as a bug in a rug, wily as a coyote, or naked as a jaybird, whatever the heck that means.

What of human physical characteristics? One can be bug-eyed, bird-brained, clammy-handed, beaver-toothed, web-footed, pigeon-toed, donkey-eared, hawk-eyed, bull-headed, pony-tailed (or pig-tailed) and lion-hearted. 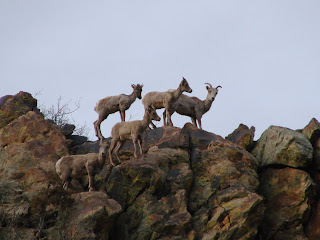 Even the Bible gets into it, and often, so it must be ok. Among them, “He makes my feet like the feet of a deer, and sets me secure on the heights,” says David (2 Samuel 22:34). Or David again, “Do not be like a horse or a mule, without understanding, whose temper must be curbed with bit and bridle (Psalm 32:9).” Jesus also gets in on the act: “He had compassion on the crowd, because they were like sheep without a shepherd (Mark 6:34).” Or one of my personal favorites, Solomon’s “Go to the ant, you sluggard (What a great word!), observe her ways and be wise (Proverbs 6:6).”

Gosh, let’s get truly serious here and forget the comparative characteristics altogether, because we can boil it down to a single word: everyone knows what is meant when a person is called loony, or batty, or foxy, or crabby, or a turkey, shrimp, mole, dog, female dog (expletive deleted), cougar, pig, rat, jackal, weasel, chicken, tiger, eagle, shark, stallion, chameleon, snake, mule, boar, bear, moose, even something extinct like a dinosaur! And that doesn’t even include the various terms of endearment: my little lamb, my turtledove, my kitten, my honey bunny. Yikes, those get goofy. 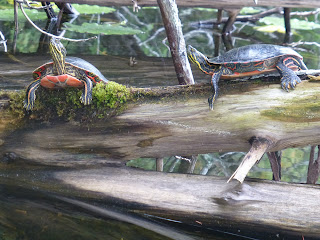 So when all is said and done, we can even get as generic as can be: how often have we heard someone simply say, “Man, that guy is an animal!!” Of course, we never hear, “Man, that animal is a guy!!”
Which I guess brings us back to where we started: what’s the big deal about attributing human characteristics to animals? If a person can be an animal, it’s seems only fair that an animal can seem human. So I say let the anthropomorphisms roll.
One sad thing, though... It’ll probably give animals a bad name.