From My Nature Journal: Adding a Little Dangle to Your Angle

I’ve been thinking lately about something called an ‘angle of repose.’ I suppose engineers, geologists and soil scientists are familiar with the concept, but I only became aware of it when Wallace Stegner’s Pulitzer Prize winning novel of the same name was recommended to me. 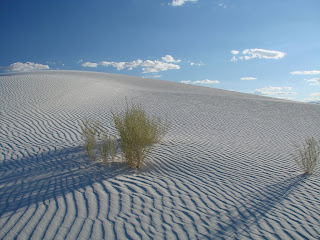 The phrase sounds like the position I might be in while lying down on some pleasant grassy hillside, or the degree to which I put the passenger seat back on a long drive when Gail has taken over at the wheel and I want to grab a little snooze. But it’s actually a very technical term. The Merriam-Webster Dictionary defines it thus: “The angle that the plane of contact between two bodies makes with the horizontal when the upper body is just on the point of sliding; the angle whose tangent is the coefficient of friction between the two bodies.” (Don’t you just hate it when you read a definition and still don’t have a clue what the thing means?) Wikipedia sets it down only slightly better: “The steepest angle of descent (or dip), relative to the horizontal plane, to which a granular material can be piled without slumping.” Slumping. What a great word. I don’t need a definition of that one. My mother told me “Quit slumping!” all the time, and she wasn’t talking about my baseball batting average.

More simply, and no thanks to the dictionaries, an angle of repose is the maximum angle at which a loose substance of some kind can be at rest without sliding, falling, avalanching or cascading downward due to the force of gravity. Rockslide? Mudslide? Avalanche? Rocks, mud or snow have exceeded their angle of repose. Some carnivorous insect larvae even create traps in dry sand that take advantage of the concept, with their lair opening at the bottom of a cone-shaped entrance; if some unwitting bug blunders over the edge, it usually cannot help but tumble among grains of sand down to the waiting predator below, much like that crazy Jabba the Hutt scene in the early Star Wars movie, whichever one it was.

You fell out of a hammock? Well, you get the idea. You’ve exceeded the angle of repose. Literally. 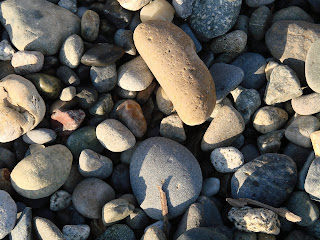 The steepness of the angle changes with different substances. Smooth, rounded sand can ‘rest’ at one angle and rough-edged sand a steeper one, a pile of smoothed river rock at one angle and chunks of jagged granite again steeper. Combining substances can also change the angle. Make rounded sand grains wet and the angle of repose increases greatly due to the electrostatic attraction of water to the sand surface. Ever try to make a sand castle with dry sand? Wet works better, no?

Here’s the thing. The phrase sounds restful, but it is not. An angle of repose is actually a fairly dangerous position. To be at rest at one’s angle of repose does not necessarily mean to be at ease. If a substance is at that angle, it won’t fall. Or slump. But just barely. So as inviting as the phrase sounds, you and I typically require more leeway than just being barely a misstep away from a slump.

This leeway can also be called margin. Do you have any? The margin to make a mistake and not suffer catastrophically? To suffer a setback and not have it ruin your life? To be injured accidentally and have the wherewithal to heal? I sometimes feel we moderns have put ourselves out there so close to the edge that, metaphorically, we leave no shoulders on our highways. We push ourselves constantly toward our tipping points, to pick up the angle image again. Jesus said, “Do not worry (Matthew 6:25),” the Apostle Paul, “Be anxious for nothing (Philippians 4:6).” Yet our lives are often nearly filled with anxieties and apprehensions, angsts and fears.
Jesus said, “Do not worry,”
yet our lives are filled with anxieties
and apprehensions, angsts and fears. 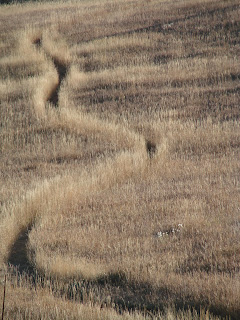 What might it take to creep a few degrees away from our angles of repose? By getting a little more rest? By praying several times each day? By meeting comfortably with a few close friends more often? By putting away the smartphones or playing less Pokémon Go? By taking a slow saunter in a natural setting from time to time? By eating slower and exercising more? By reading a good book? By memorizing Psalm 23? By limiting opinion radio or television? By getting down on the floor with a child? By shopping less, or spending less screen time? By serving others? By meditating on the love of God?

At a key time in my life when I needed leeway, I read the classic Margin, by Dr. Richard Swenson. It was subtitled “How to Create the Emotional, Physical, Financial and Time Reserves You Need.” Though the book was first published over twenty-five years ago, it has been revised since and remains a book for anyone who yearns for relief from the pressure of overload. Or of being too dangerously near their angle of repose.

I don’t know about you, but I don’t even want to live anywhere close to it.

Posted by Rick Mylander at 7:51 PM