From My Nature Journal: Crows... And the Power of Hope

One of the things I greatly enjoy is volunteering at our local historic lighthouse, Admiralty Head Light on the Admiralty Inlet into Puget Sound. Whenever there and the going is slow (which isn’t very often, even on bad weather days, as the lighthouse tends also to be at times a warming house for cold or wet state park visitors!), I always pull a good book from the giftshop shelves and while away any spare time there may happen to be. There’s a lot there on natural history, so I’m never disappointed. 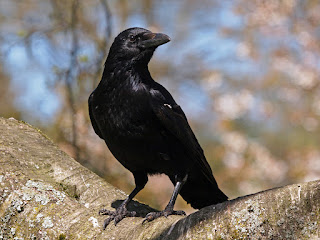 Am reading lately a delightful book titled Crow Planet by Lyanda Haupt, subtitled Essential Wisdom from the Urban Wilderness. Originally published in 2011, it was revised just last year. As the two titles imply, there is much here specifically on crows, what Haupt considers the wild creature most available to urban nature observers, and deeply interesting to boot. Indeed, many of us have our unique crow stories! But the book also contains a great deal of fine philosophizing on the study of nature in general and the importance of earth stewardship (what many of us prefer to call creation care) for us urban and non-urban stewards alike.

I particularly appreciate her positive approach, and wanted to highlight with this blogpost an excerpt from one of her early chapters.

We all know dour environmentalists (or perhaps we are one), wringing their hands while myopically bemoaning the disasters to befall the earth in the near future. Why, when we know that they are right, do we want to spill organic cranberry juice all over their hemp sandals? Because they are no fun, for one thing. And, more important, because they will suck us dry if we let them. But we don’t have to let them. There is a way to face the current ecological crisis with our eyes open, with stringent scientific knowledge, with honest sorrow over the state of life on earth, with spiritual insight, and with practical commitment. Finding such a way is more essential now than it has ever been in the history of the human species. But such work does not have to be dour (no matter how difficult) or accomplished only out of moral imperative (however real the obligation) or fear (though the reasons to fear are well founded). Our actions can rise instead from a sense of rootedness, connectedness, creativity, and delight…

Haupt then goes on to emphasize in the book that urban dwellers, who think they may have less access to nature than those who are blessed to live more immersed in it, and thus may feel less motivated to activism, actually often have more access to it than may first appear if they are simply diligent and creative in their observation. (Take crows, for example, who somehow have made their sassy yet cautious peace with humans in nearly all settings.) But I also deeply appreciate at least her head nod to the spiritual sensitivities and creativities that can motivate all people, especially people of faith, to be active in creation care.

Secular naturalists often lay earth degradation and exploitation at the feet of the church, very unfairly IMHO (which is too frequently not so humble). But it has become clearer to many Christians (especially in the younger generations) that we can no longer stand on the sidelines of these efforts but rather take a leading role. Thus, it gives older people like me great joy to see organizations springing up like Young Evangelicals for Climate Action and Circlewood.

But key to effective Christian involvement in this cause will be our spiritual sensitivities first to the classic faith practices of lament and repentance. Lament, of course, is Godly sorrow, a sorrow that matches God’s sorrow. But repentance, as you who have studied it know, is not only about Godly sorrow, but about a Godly turnaround, in short, a change of action, a new and better approach, a leaving behind of the old bad habit or behavior and a taking up of a new or renewed practice of a redeemed comportment in a moral and holy manner. 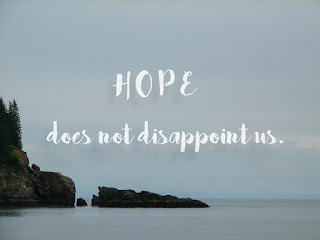 However, something additional to these is also needed. Hope. Though Haupt does not use that word in the excerpt I shared above, her book is a tribute also to the hope that will be necessary as we work to redeem centuries of creation misuse. Hope will be indispensable to ongoing earth care. Despondency will not help. Indeed, the Bible assures us that hope has the power to keep us from despondency, “…Hope does not disappoint us… (Romans 5:3-5)”

So check out the book. I think you’ll enjoy it, may even come up with some amazing crow stories to add to your own.

But on the subject of creation care? Work hard. And never stop hoping.

Posted by Rick Mylander at 9:32 PM