From My Nature Journal: How’s Your GQ, Your Gratitude Quotient? Gratitude as an Upward Spiral… 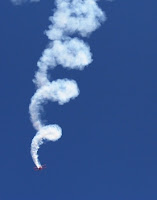 I read this morning of something an author calls the ‘spiral’ of gratitude. Upon further thinking, it’s a phrase I find I like very much.

Of course, when we tend to think of spirals, if we’re not thinking footballs we’re first thinking of the downward variety, gravitational force being what it is and all; we quickly picture the proverbial circular descent that leads to a crash as object meets earth. I’m not sure why this is so, why we first think of the downward spiral, except that gravity at first glance seems to have a much greater hand in our daily lives than does lift. But that’s only at first glance, because absolutely every single time we move we are exerting an antigravity force. It’s probably also because most people tend first to think the worst… 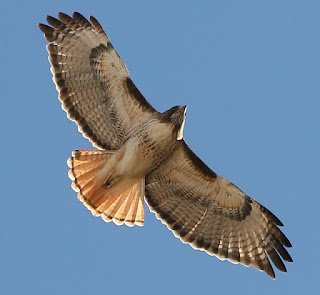 Contrarily, it’s the upward spiral I want to think about. No, not the first half of a Green Bay Packers quarterback Aaron Rodgers ‘hail Mary’ pass. Though we have fairly few examples of such in the realm of nature (again, gravitational force being what it is and all), we do have at least one. Picture the soaring red-tailed hawk, rising slowly but persistently on the thermal. It’s an almost spiritual image, and maybe can help lift the concept of gratitude as an upward spiral to a spiritual place.

How grateful am I? Are you? Such a thing surely cannot be measured, as if there’s some kind of gratitude quotient, but it’s something worth thinking about. Maybe there should be. And though it can’t be measured, I do believe there’s a gratitude intelligence just as surely as there’s an intellectual, relational and emotional intelligence. In fact, I believe gratitude intelligence most certainly must contribute to the other three, and to any other kind of intelligence for that matter. Lacking the former, I shudder to think what kind of world this might be.

Some have spoken of the sharing of thanks as the important completion of a circle. It’s a tolerable image, but doesn’t that seem kind of closed to you, a circle? It does to me. It’s significant, to be sure, especially between the two parties. But what of a possible larger grace? What of a broader sense of shalom that might go beyond what only two parties may share? What about the potential for something we might even see as a cosmic joy that can rise to a greater Reality?

My devotional writer this morning said that, when seen this way, the exchange is more like a spiral than a circle, a spiral in which the giver gets thanked and so becomes the receiver, and the joy of giving and receiving rises higher and higher. Another contemplative theologian puts it this way:
A mother bends down to her child in the crib and hands him a toy. The baby recognizes the gift and returns the mother’s smile. The mother, overjoyed with the childish gesture of gratitude, lifts the child up with a kiss. There is a spiral of joy. Is not a kiss a greater gift than a toy? Is not the joy it expresses greater than the toy that set our spiral in motion?

With all of these realities in play, it’s now almost impossible to differentiate which is the giver and which the recipient.

I think it’s possible for someone to know
if a life of gratitude is being lived, if a
spiral is proceeding upward or not…

So, though gratitude cannot be measured – and pity the place where it is, the place where everything is tit for tat, reciprocity rules, the value of every gift is calculated and an accounting is always kept of who owes who what – I think it’s possible for someone to know if a life of gratitude is being lived, if a spiral is proceeding upward or not. Not only are thanks expressed easily and genuinely, but a larger gratitude comes into play, one that has the potential to save us from our greedy selves, one that extends further that same upward trajectory in which the thanks continuously seems to be rising.

I’ve written elsewhere that gratitude is one of the cardinal personal attributes expressed by those who find nature an important spiritual pathway. There’s always something in the natural realm for which to be grateful. Thankfulness is a marvelous discipline worth developing and celebrating, and an appreciative contemplation of God’s creation can help get us there. But it’s not necessarily only thanks to the Giver that is possible; think me not odd, but one can even be thankful to the gift for helping create the grateful awareness. If it’s an animate thing, one can be grateful even to it, and through it, to its Creator. For it’s all an acknowledgement that the earth is full of the works of the Lord (Psalm 111:2) whose good pleasure is that things have beauty. It’s a confession of faith that the earth is full of the glory of the Creator (Isaiah 6:3). It’s a testimony even of anticipation that the Giver has more gifts to share if we will but acknowledge their Source and receive them (Matthew 7:11 and James 1:17). In these ways, back to the image of the hawk on the thermal, the praise and gratitude keep ascending.
~~ RGM, April 19 2016
Posted by Rick Mylander at 7:59 AM