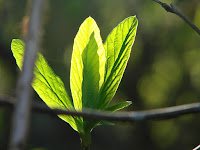 To sit and look at light-filled leaves
May let us see, or seem to see,
Far backward as through clearer eyes
To what unsighted hope believes:
The blessed conviviality
That sang Creation’s seventh sunrise, 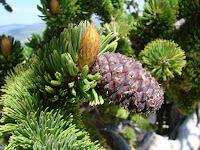 With perfect joy and life and light.
His perfect pleasure was sole law;
No pleasure had become self-willed.

For all His creatures were His pleasures
And their whole pleasure was to be
What He made them: they sought no gain
Or growth beyond their proper measures,
Nor longed for change or novelty.
The only new thing could be pain. 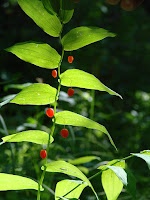 I have shared quotes and poetry before by Wendell Berry, one of my favorite writers. (Click here for one of those posts.) But I recently reread his A Timbered Choir, a collection of pieces he calls his Sabbath poems, written during and after Sunday walks on his Kentucky farm. I was particularly touched by this piece, titled simply 1979, III.

It’s an Eastertide poem to me, something of which my spirit remains full. Speaking of the time before sin entered our existence, before we even had need of a Redeemer, it tells the ‘blessed conviviality of Creation’s seventh sunrise,’ when ‘our whole pleasure was to be what he made’ us to be. But other pleasures came to prevail within 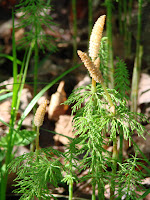 and about us, many of which could only produce pain. Inferred here in spite of them is the hope of redemption, the longing for a restoration, or a re-creation, that could also only come from Creation’s Creator.

But for me it’s also a poem of springtime. The young season here has been nothing but a wild one so far. It started out with a bang -- a foot and a half of snow on spring’s third day -- in a storm that was supposed to have brought only three to five inches. (It’ll give us some great spring wildflowers in our arid meadows.) But since then we’ve had wildly vacillating temps between the teens and even the 70’s, tempestuous winds in excess of fifty miles an hour, a little bit 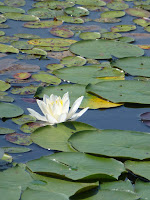 of rain, sleet and flurries, and much sunshine. The snow is long gone, but it still seems there’s a battle waging between old man winter and Mother Nature’s summer. We know, of course, which will prevail. At least for now…

Through the days here at 6000 feet, the leaf buds have swollen and we’ve begun to see the first hint of green on the river willows and cottonwoods, always the first deciduous trees to show here in Colorado. But I find my anticipation swelling along with the buds, and it brings me back to the joy of the poem. In my mind’s eye I already see that spring sun shining through those leaves, and I celebrate the hope-filled images of joy, life, light and a re-created earth that Easter makes
possible. Read the poem again if you have time, and enjoy these
images with me.