From My Journal: Well, Maybe it's the Time of Man... or Not

I did not know this until yesterday: the epoch of earth geology in which I live is called the Holocene. It means entirely recent and extends back a mere twelve thousand years or so to the end of the last great ice age.

A Lesson in Geology 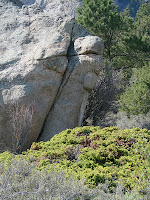 The epochs of earth time have historically been debatable and controversial, but scientists at least seem to be settling into definitions laid down in recent years by others in the field; and to curb at a minimum the scientific debate, it is all now overseen by an organization that is called the International Union of Geological Sciences (IUGS). Not being a geologist, I recognize the names of very few epochs. In fact, I find that an epoch is only one of several categories of supposed geologic time. These include Ages, Epochs, Periods, Eras, Eons and Supereons, and among these there are near to two hundred different named time periods and sub-periods!

In case you were wondering, that places us in the Subatlantic Age of the Holocene Epoch of the Quaternary Period of the Cenozoic Era of the Phanerozoic Eon of the post-Cambrian Supereon – if the latter even exists! Hmmm… Who’d ‘a thought? Don’t you just love science? No wonder it was so hard in high school. (Said in a medium monotone voice: “Now, the very popular Jurassic Period [made so famous by Steven Spielberg, heh, heh], consisted of Upper, Middle and Lower Epochs, and is only one part of the much longer Mesozoic Era, which in itself is one of three Eras within the Eon called the Phanerozoic. Very interestingly, it exists within a Supereon that is not even named… questioning the existence of the Pre-Cambrian… wa-wa… sub-Ages within… wa-wa----wa-wa-wa… Tithonian, Toarcian, Oxfordian… wa-wa----wa-wa-wa-wa.”) Among the many time period names are Nectarian (perhaps named for a certain petrified fruit pit found therein), the Santonian (which may contain irrefutable fossil evidence for the existence of Santa Claus after all, yes, Virginia…) and the widely-known Wuchiapingian, purportedly some 259,900,000 years ago, give or take 400,000 years. (“Come on already, who forgot to punch the time-card?”)

An Argument Heats Up 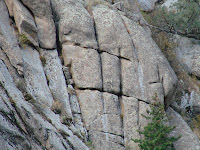 It’s the Holocene that is curious to me, though, our present time, and a movement afoot, according to the news, to define us as having entered a brand new geological epoch. The new epoch has been variously named, but seems to be resolving into what would be called the Anthropocene – anthropo from the Greek for man, and cene from new. Simple. The age of the New Man. Joni Mitchell and Crosby, Stills, Nash & Young may have had it partly right when they sang, “Well, maybe it’s the time of year and maybe it’s the time of man. And I don’t know who I am but life is for learning.” Indeed it is, among other things. (Nobody’s asking me, but since this is my blog I can say whatever I want -- I like Joni Mitchell’s rendition of Woodstock better than CSN&Y. Like ‘em both, but like hers better. She also wrote it.)

...The IUGS has set a deadline
of 2016 to come to a firm decision
if indeed the old epoch and old man
have passed and the new has come... 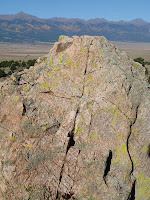 (Sorry, back to geology…) Some epochs were long, they say many millions of years, but apparently certain folks want to ditch the current one after a measly twelve thousand. I guess that’s what the New Man would do.  And though the IUGS has set a deadline of 2016 to come to a firm decision if indeed the old epoch and old man have passed and the new has come, some geologists are insisting that the decision is motivated more by pop culture than by good science. These latter would require the change to be triggered by something profoundly observable in the strata of the earth, a standard that has traditionally differentiated all the categories and sub-categories. And those who would change it say they have their observable criteria: the pollution and/or or carbons that have covered the earth since the onset of the Industrial Revolution, or if not that, then the radiation that recently covers the earth since the inception of the Atomic Age. So now things might be redefined as our having entered our new epoch at some point between 68 and 250 years ago. And all that without so much as a birthday party…

And what does that now make of the 'entirely recent' epoch? Is it now the 'epoch formerly known as entirely recent?' 'Entirely recent asterisk?' Or does it all now depend upon one's definition of the word 'entirely?'

My curiosity is piqued by the effort that seems to be going into such a thing. Pop culture? What about spirit culture? There is only one truly new man I can think of and that is the one spoken of in the Bible in 2 Corinthians 5, Ephesians 4 and John 3, among other places: “Therefore, if anyone is in Christ, he is a new creation; the old has gone, the new has come… So put on the new man, which is like the nature of God, truly righteous and holy… Don’t be surprised at my saying that you must be born anew.” 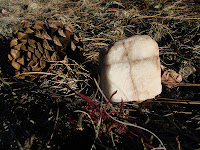 So I suppose while scientists gather their intentions around how many epochs can dance on the head of a pin, I will continue to take consolation in knowing this: the time of man, thankfully, has been intersected by a timeless God, who counts the epoch of the new man from a rock strata upon which a cross stood about 2,000 years ago.

(P.S. The photos shown in this entry are from a series Gail and I have taken over the years of random cross shapes we find in nature and elsewhere, a series we call “The Cross Before Me.”  Since this post is on geology, or ‘what’s in the rocks,’ I thought it appropriate to share some of them. In these cases, as you can see, the cross is what’s in the rocks. Looks to me like, in their way, "...the rocks cry out.")

(P.P.S. And by the way, did you know that this blog is set up in such a way that if you click on a photo it will enlarge? Try it. I think that feature is pretty cool.)