Blowin' in the Wind: Some of those Old Covenanters were Nature Lovers, Too -- Like Carl Boberg 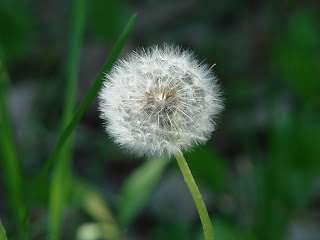 (Blowin’ in the Wind is a regular feature on my blog consisting of an assortment of nature writings – hymns, songs, prayers, scriptures, poems or other things – pieces I may not have written but that inspire me. I trust they will do the same for you.)


Courtesy of the good folks at the eclectic journal Pietisten, I just last week came across a translation of a beautiful nature hymn text by Carl Boberg (1859-1940), which I will eventually get to in this week’s blogpost. But first, you may ask, “Who in the heck is Carl Boberg?” Well, only the original author of one of the most famous Christian songs in the whole wide world! But there’s a story behind it…

You see, as a very young lay pastor in the Swedish Covenant in 1885, the year the Covenant Church was founded in the U.S., he also wrote this other hymn, “O, Mighty God” (in Swedish, O Store Gud) containing another fantastic text celebrating God’s creation. Swedish missionaries, ever the songsters, took Boberg’s hymn with them to Germany, where it was translated into that language. It then made its way in German to a colony of Russians, where it was again translated. Finally, the Russian translation found a way into the hands of an English missionary by the name of Stuart Hine, who rendered it from the 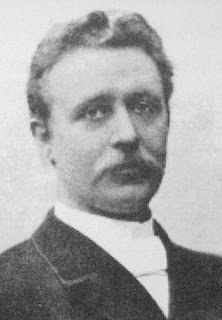 Now I can get to my original intent to give you the other Boberg hymn text. It was written in 1911, when Boberg was fully twice the age he was when he penned “O, Mighty God.” This one is titled “In God, My Soul Rests as on Placid Water.” Catch the simple images from a man who must have been a nature lover himself:

Hmmm… That is a great text, full of the confident assurance of God’s presence through both trial and peace. Curiously, it’s even in the same meter as “O, Mighty God,” known in hymn metrics as 11.10.11.10. with Refrain. I guess when you have a good idea you stick with it.

Before I let you go, though, I want to circle back for a moment to the better-known classic, and let you contemplate in further praise the Creator of our good earth. While I do, you might be interested in hitting this link to listen to a powerful rendition of the song by Vince Gill and Carrie Underwood -- Hollywood to be sure (or at least Dollywood), but beautiful just the same, complete with a lovely guitar interlude by Gill. The link hasn’t had twenty million hits in two years for no reason.

In the original Swedish lyrics, quite a long hymn text in fact (nine stanzas!), Boberg testifies in several verses to the majesty of what God has created, then goes on to give witness in several more to God’s saving work in Jesus Christ. (Boberg had just had an experience with nature that I’ll reference below.) Stuart Hine translated the nature verses this way:

O Lord, my God, when I in awesome wonder
Consider all the worlds thy hands have made,
I see the stars, I hear the rolling thunder,
Thy power throughout the universe displayed.
Then sings my soul, my Savior God, to thee:
How great thou art, how great thou art!

When through the woods and forest glades I wander
And hear the birds sing sweetly in the trees,
When I look down from lofty mountain grandeur
And see the brook and feel the gentle breeze,
Then sings my soul, my Savior God, to thee:
How great thou art, how great thou art!

Wow, it’s no wonder the song is so well-loved! But the direct English translation of Boberg’s original lyrics put the nature verses like so:

O mighty God, when I behold the wonder
Of nature’s beauty wrought by words of thine,
And how thou leadest all from realms up yonder,
Sustaining earthly life with love benign,
With rapture filled, my soul thy name would laud:
O mighty God! O Mighty God!

When summer winds o’er verdant fields are playing,
When flowers bloom by cooling waters’ edge,
When singing birds on every tree are swaying
And fill with melody each grove and hedge,
With rapture filled, my soul thy name would laud:
O mighty God! O Mighty God!
(trans. E. Gustav Johnson, 1925)

Yes, older language, but a strikingly beautiful love for nature being shown just the same. My old choir director and beloved friend, Covenant hymnologist J. Irving Erickson, even tracked down the story of the hymn’s creation:
Carl Boberg and some friends were returning home to Mönsterås from Kronobäck, where they had participated in an afternoon service. Nature was at its peak that radiant afternoon. Presently a thundercloud appeared on the horizon, and soon sharp lightning flashed across the sky. Strong winds swept over the meadows and billowing fields of grain. The thunder pealed in loud claps. Then rain came in cool fresh showers. In a little while the storm was over, and a rainbow appeared. When Boberg arrived home, he opened the window and saw the bay of Mönsterås like a mirror before him… From the woods on the other side of the bay, he heard the song of a thrush. The church bells were tolling in the quiet evening. It was this series of sights, sounds, and experiences that inspired the writing of the song.

I like that, too, have been inspired often in that way myself.

I’ve told you this before, and will likely need to tell you again: when a naturalist starts to write, he or she can become so wrapped up in their subject that they can spout on and on about the most simple of things. Forgive my wordiness this week! Maybe you have perceived by now through past posts that music can touch me as deeply as nature, so I guess this one was a double dip!