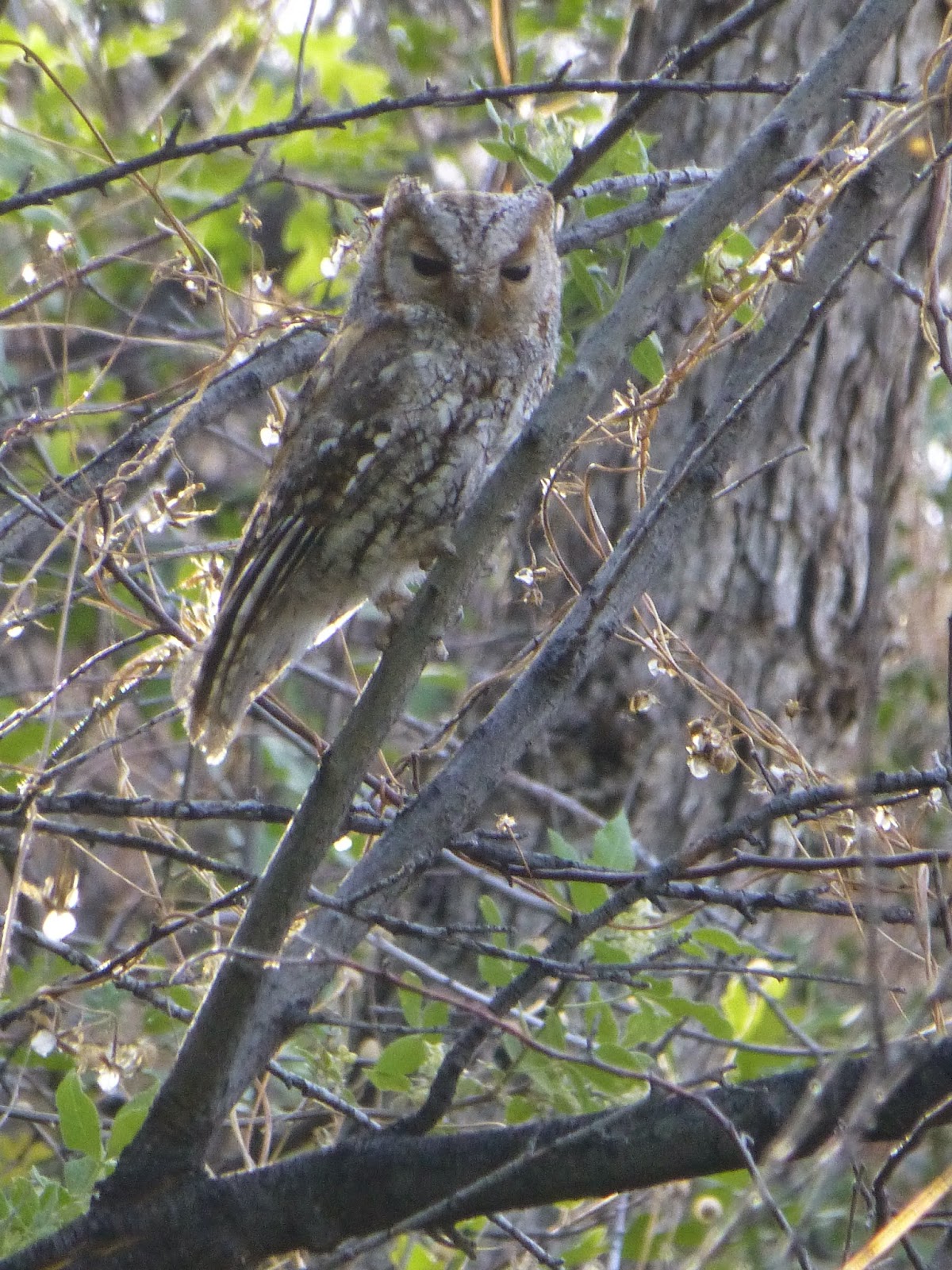 OK, someone who is a better birder than I will have to help me out here. Gail and I came across this little character while we were hiking one of the Aguirre Springs trails on BLM land on the east side of New Mexico’s Organ Mountains on Mother’s Day, the Pine Tree Loop to be exact. About half way in, he came out of a thicket and perched himself on a tree not ten yards away. Over about ten minutes we stood and watched, took some photos as best we could in low light, then moved in to about five yards and took some more before he had had about enough of us and departed.

As best we can tell it is either a Mexican or Mojave Screech Owl, certainly a Western Screech of some kind, maybe seven inches in height. It’s not a Burrowing or Pygmy, so that’s where we’ve had to leave it.

The trail is a lovely one, about four and a half miles in length with a thousand foot elevation gain. About a week after we hiked it, the news came through that the President had just signed new legislation designating the Organ Mountains - Desert Peaks National Monument; not sure if it takes in the Aguirre Springs area (I’ve not yet been able to find a map of the proposed monument anywhere), but wouldn’t be surprised if it did.

Jesus it was who said, “Consider the
birds of the air…” We’re doing our
best to obey him on that point.

Screech owls are interesting little critters, very common but not often seen. Where we vacation in Michigan, Eastern Screech are said to be the third most common owl behind Great Horned and Barred, both of which we hear often and see occasionally, but we’ve not seen a Screech. Will have to become more familiar with the call, so we may ‘see’ it that way. (A naturalist’s rule: hearing is another way of seeing.) From what I can tell, one of its calls sounds very much like what we have assumed to be tree frogs, so maybe we have heard it without knowing.

Jesus it was who said, “Consider the birds of the air…” We’re doing our best to obey him on that point.