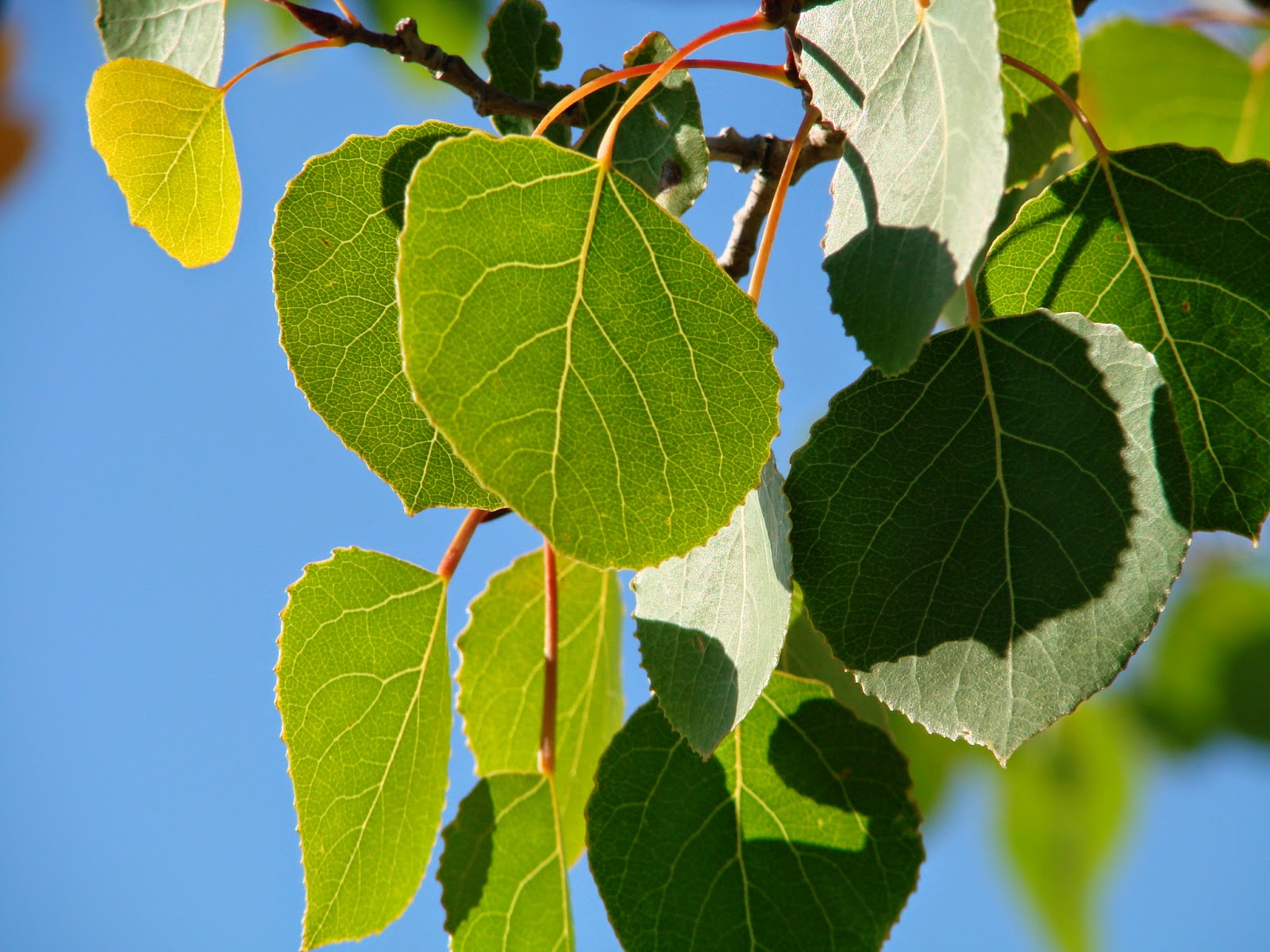 Here in Colorado it is the season of the aspen. Elevations above six thousand five hundred feet have come alive with the tree, complimenting the evergreens. Aspens actually are part of a broad and ubiquitous family of trees that show themselves in widely diverse habitats across the United States and elsewhere – including poplar or ‘popple,’ the many varieties of birch, even cottonwoods – a family of trees called populus. Several of them proliferate here, but it’s the aspen most people watch for. They present the first hesitant new green of a mountain spring and later turn golden in September, drawing people to the high country in hordes to behold their lush glory. 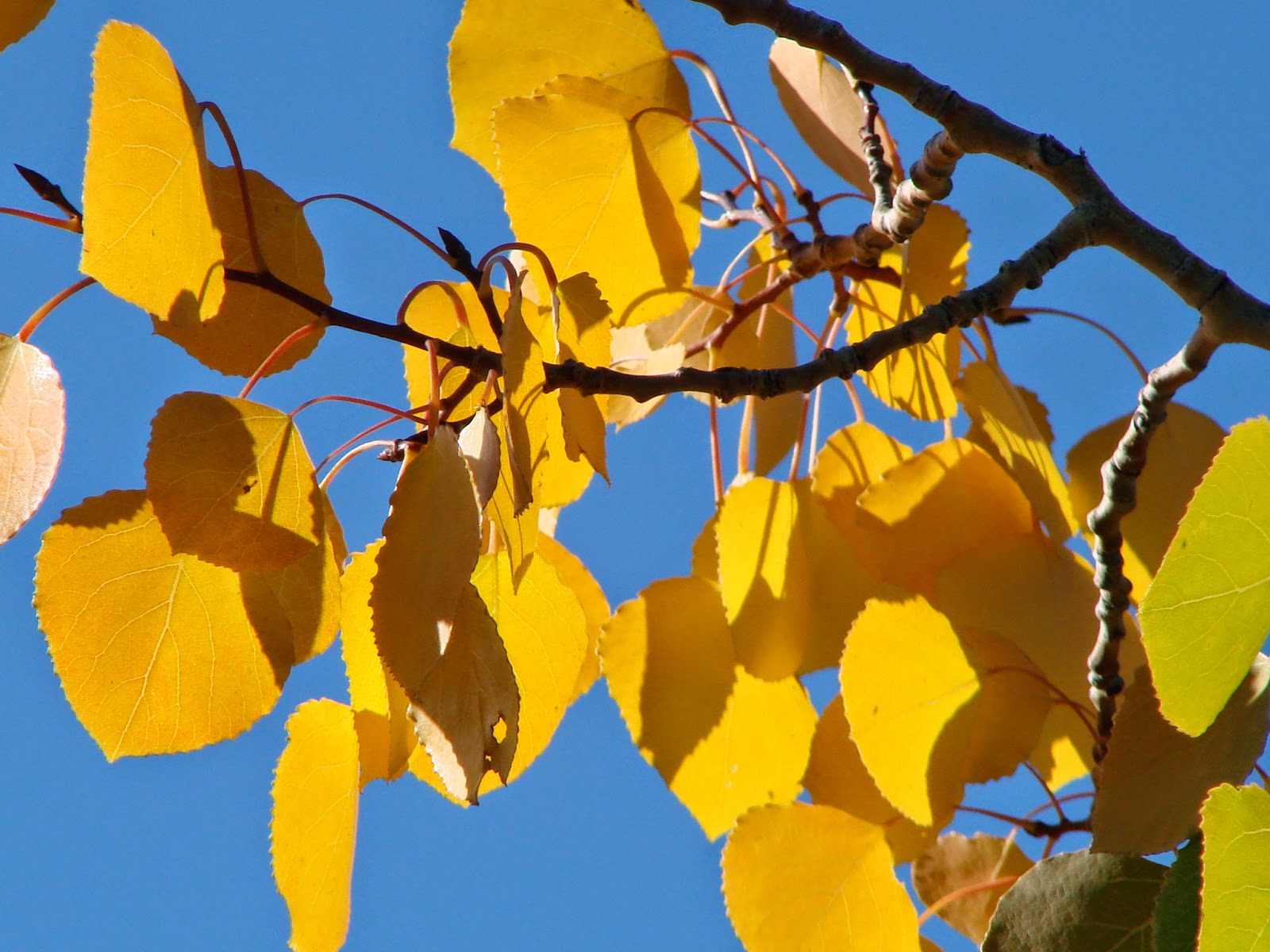 Each of these species of trees, however, has one thing in common: their leaves quake. It has to do with the way in which the leaf stem is shaped. Typically, deciduous leaf stems are round; not so populus. Next time you are near one of these trees, get close enough to pluck a leaf and you will find that the stem is actually flattened somewhat. This allows the leaf to pick up even the slightest whisper of a breeze and quiver just a bit (like the difference in flexibility between a short piece of rope and the same length of strap). It’s why one of the colloquial names for aspen is ‘quaking aspen.’ With that leaf in your hand, give it the slightest of shakes and watch it quake. Now multiply that near silent sound by fifty thousand or so, unless it’s a grove (which it usually is), in which case multiply by a million or more! I love the sound. There are aspens next to our backyard deck, and the sound often grabs my attention there or when I hike. Cottonwoods tend to give the loudest rustle as they have the largest leaves. 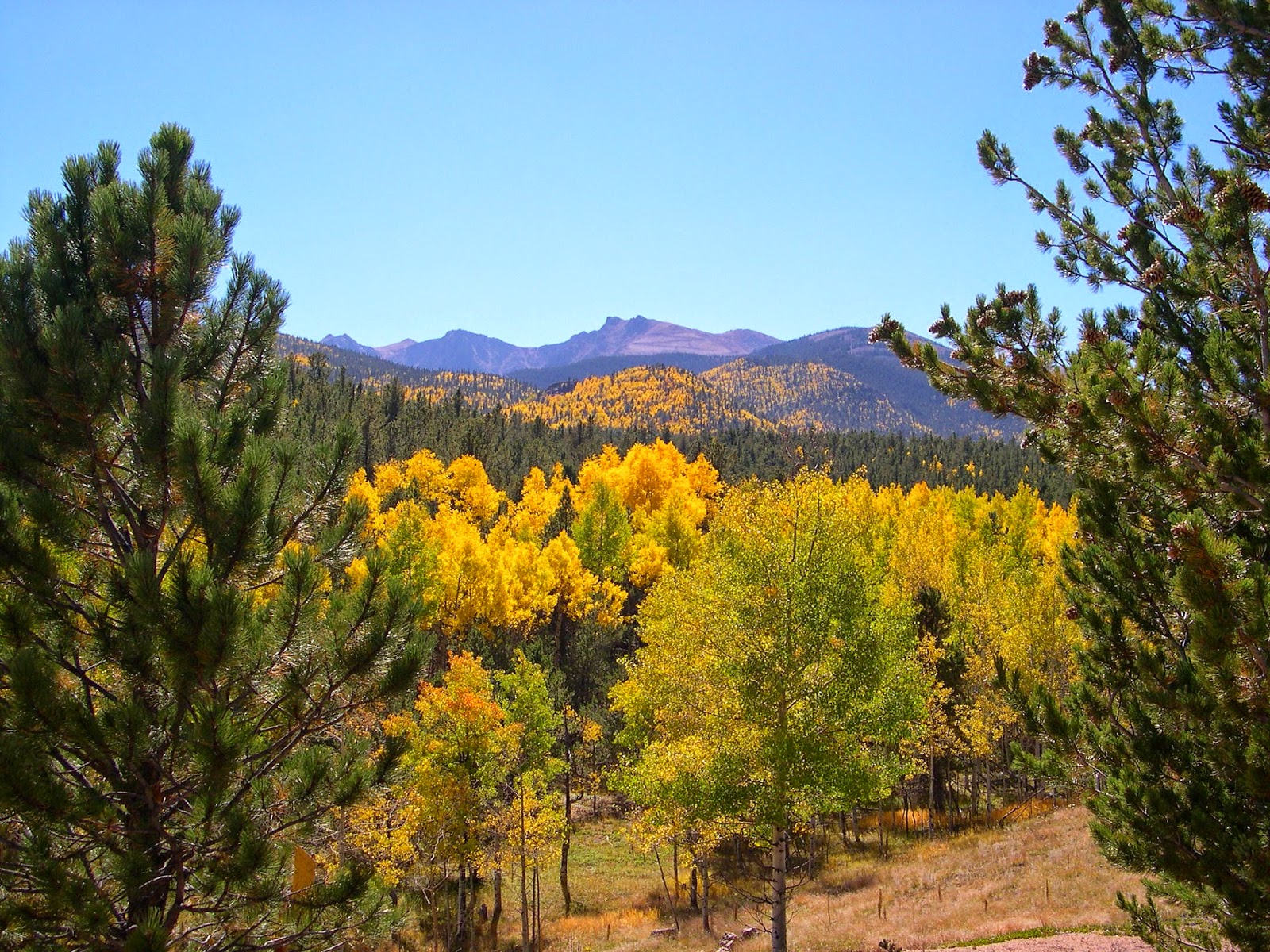 The rustling of leaves… Is there a lovelier note in the melody of natural music? Some can match it – a robin’s night song, the rhythm of waves, ‘whispering’ pines – but none can surpass it.

I’m glad Clive Staples Lewis knew that sound, as it helped him form the image for a thoughtful reflection that provides my quote of the month:

At present, we are on the outside of the world, the wrong side of the door... We cannot mingle with the splendors we see. But all the leaves of the New Testament are rustling with the rumour that it will not always be so. Some day, God willing, we shall get in. 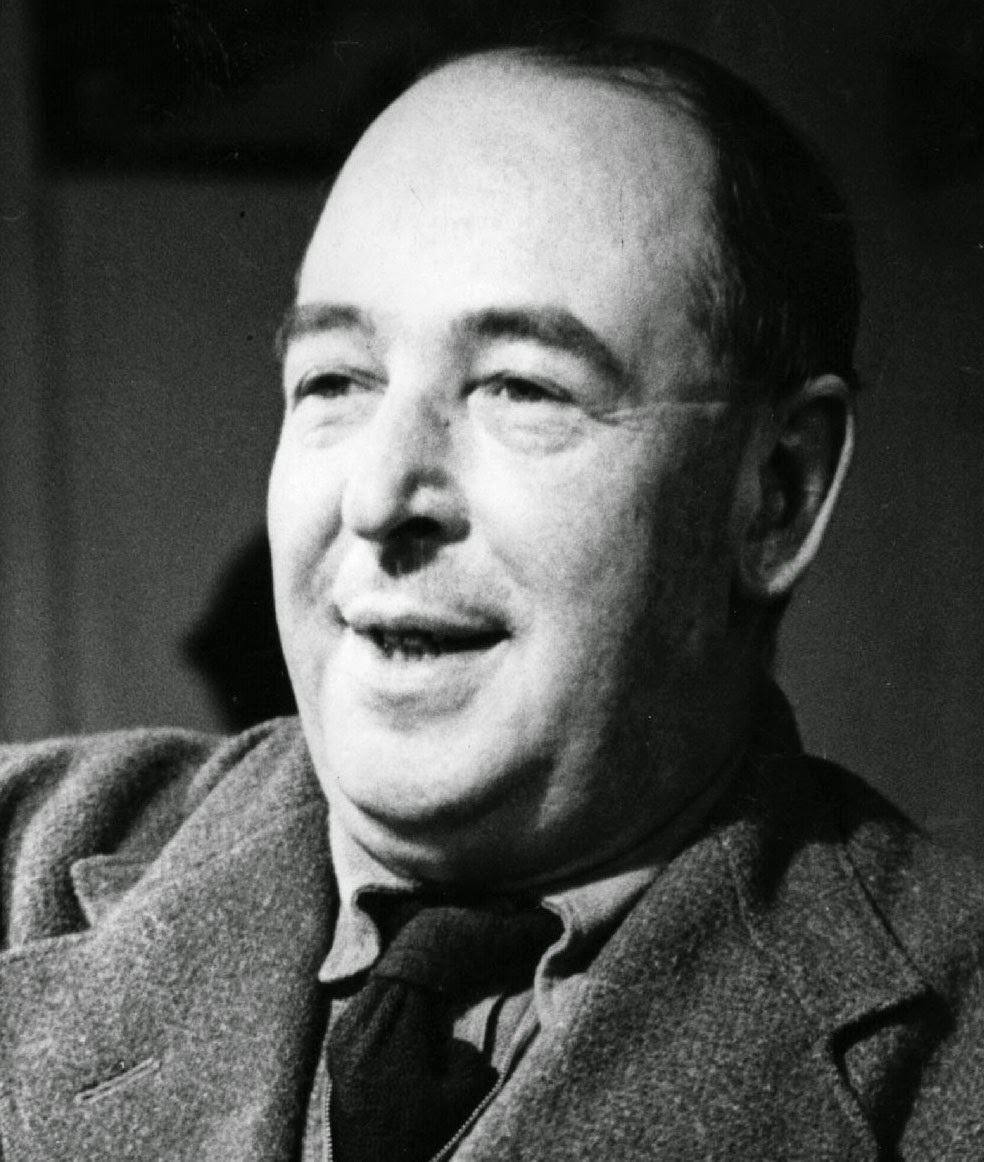 C.S. Lewis… I am surprised it has taken me this long to share a quote from him! A prolific writer of the mid-20th Century, Christian apologist, member of the English faculty at Oxford and then Cambridge, and active colleague in Oxford’s Inklings society (along with Lord of the Rings author J.R.R. Tolkien and others), he is perhaps most well known for his Chronicles of Narnia, a series of allegorical fantasy tales beautiful in their own right, but really telling the story of God’s redemption of the world. If you have missed it along the way, and especially if you have kids, check your public library for a copy of The Lion, The Witch and the Wardrobe and read it aloud; it will capture young and old alike. But his apologetic writing is remarkable as well (The Screwtape Letters, The Problem of Pain, Mere Christianity [voted by Christianity Today the best book of the 20th Century], etc.), all rife with an earthy understanding of the Christian faith and how to express it to those without a Christian worldview.

This particular quote is from Lewis’ well-known sermon, “The Weight of Glory.” At this point, he is reflecting upon the difference between a merely physical understanding of life, and a broader, spiritual one: a person who may not yet appreciate a spiritual worldview might be likened to one who would observe nature from inside a building, without realizing he is on the wrong side of the door. The hope is that the rustling leaves outside might draw us there to observe the splendors available to us if we will only avail ourselves to them. And so our getting ‘out’ may actually be the key to our getting ‘in.’

Jesus himself said, “You know well enough how the wind blows this way and that. You hear it rustling through the trees, but you have no idea where it comes from or where it’s headed next. That’s the way it is with everyone born from above by the wind of God, the Spirit… (John 3:8).”

My friends, listen. A breeze is gently blowing and the leaves are starting to quake. Pay attention to the sound. It’s gentle, but that is the customary character of the voice of God.