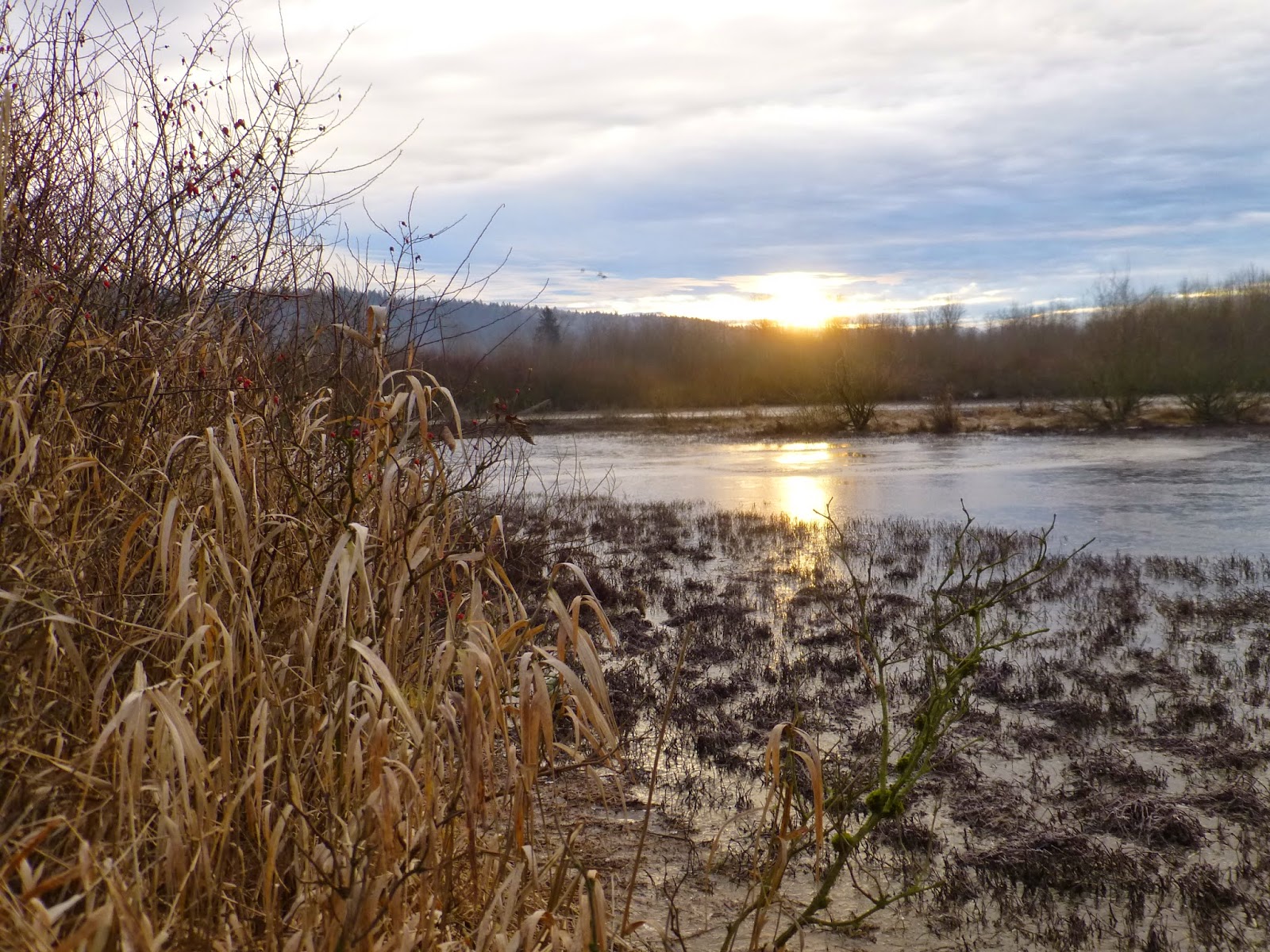 OK, please forgive me, but this month’s POTM and this week’s blog is going to be somewhat more ‘down home’ than normal. That’s because I did something today I’ve never done before: my son-in-law invited me to go hunting with him. Well, actually, it wasn’t ‘a hunting WE will go,’ I went with him while HE hunted. But I have to say that I could not possibly have enjoyed myself more. What a beautiful day to be outdoors, cloudy but lovely; and what an enjoyable time I had watching him do his thing. The good conversation we relished whenever in proximity to one another only added to the enjoyment.

Parenthesis. Jer and I had talked these last few days regarding some conversation he and a few friends were having on the prospect of trying to do something intentionally memorable each week all year long, fifty-two notable acts or experiences over the next twelve months – nothing intentionally extravagant or epic, just memorable. Well, I guess I may have had my first of the year today. Come to think of it though, I can’t say it was intentional on my part, all I did was say yes to an invitation! So maybe it’s just his first intentionally memorable act! But I was sure glad to be a part of it. End parenthesis.

My older brothers have all been hunters, yet somehow that’s something that didn’t work its way into my bag of interests. Don’t get me wrong: I’ve got nothing at all against it – at least when it’s done legally and with respect and appreciation for the animal as game food. I enjoy eating game, in fact found the wild duck dinner presented on New Years Day here at my daughter’s Seattle home absolutely delightful. I love talking with hunters about their experiences and adventures. I do a lot of reading in the natural sciences, which often takes me to reading in the fields of hunting and fishing, or the journals and reflections of those who hunt. (On that note, one of my favorite hunting/outdoorsman books is one I got years ago from my mom by former president Jimmy Carter, An Outdoor Journal, which must have been WAY more enjoyable for him to write than his political memoirs…) But I have always chosen to shoot photography rather than guns when communing with wildlife. 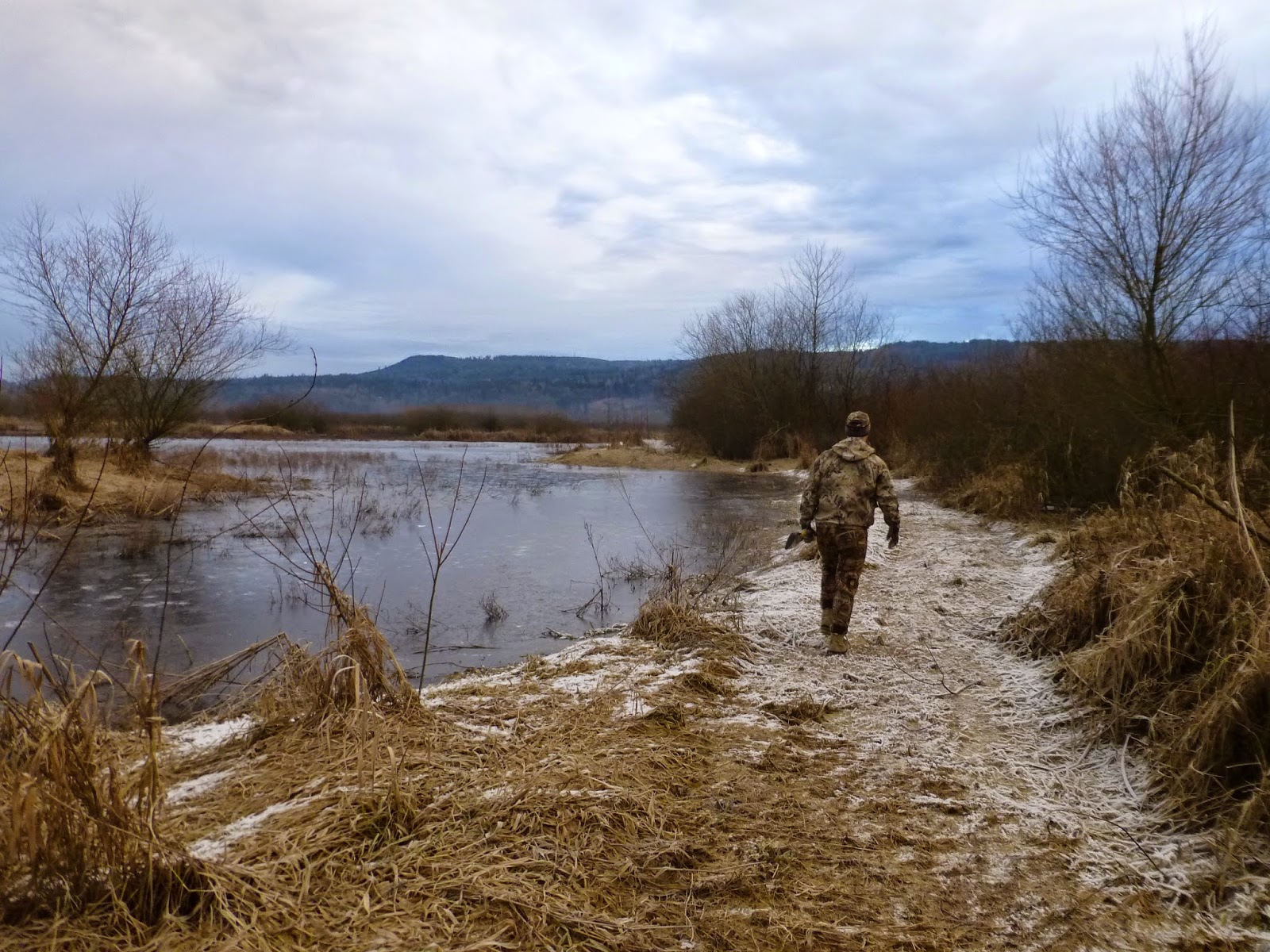 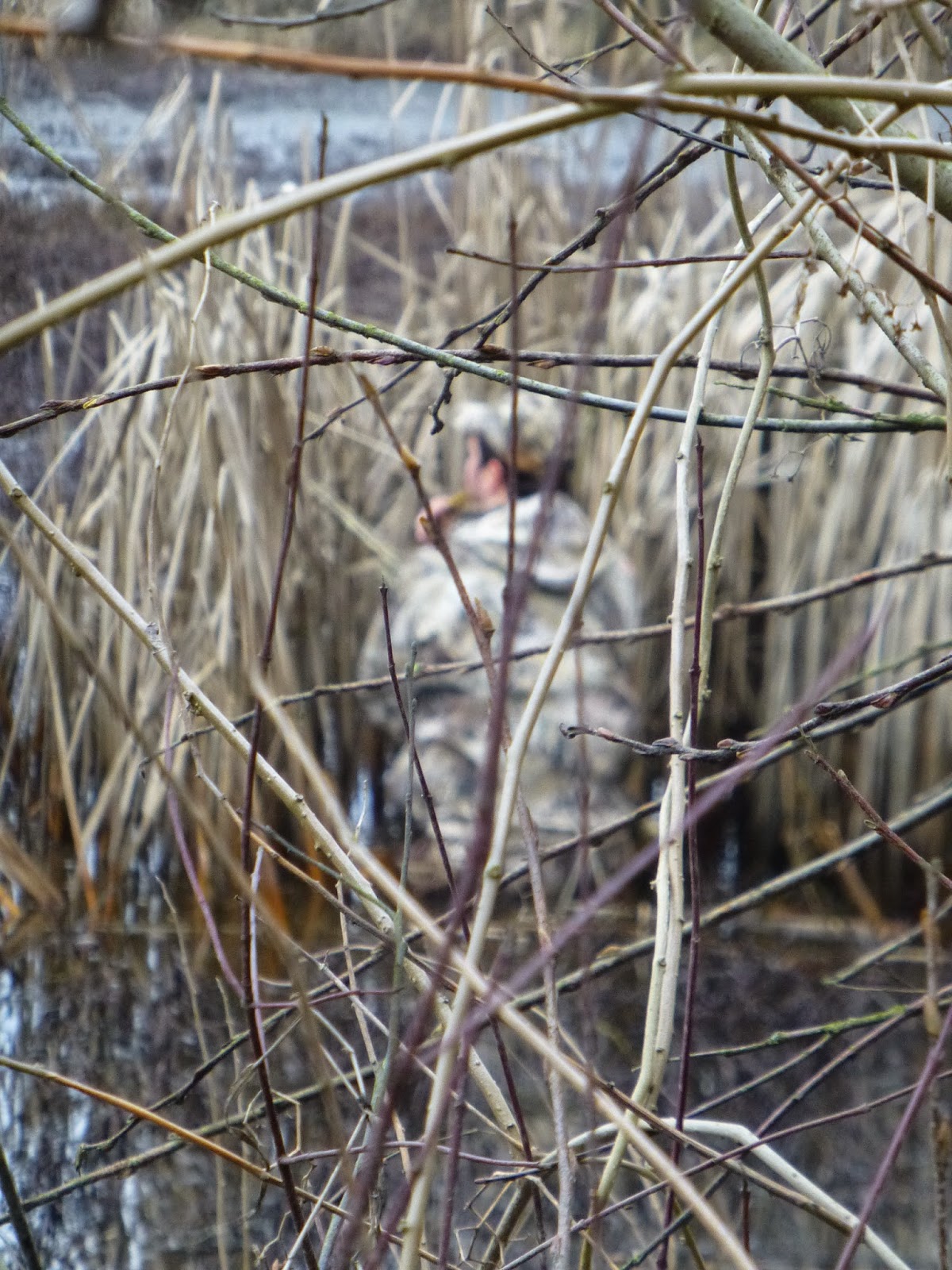 Still, wonderful today were the sights. The quiet, subdued wetlands greeting us as the sunrise made its only peek of the day through leaden clouds. Hundreds of ducks, perhaps many thousands, eventually coming in or over, raft upon raft, wave upon wave – sleek pintails, stub-headed widgeons, green-winged teal in lunatic flight, even the ubiquitous but exquisitely colorful mallards. At one point of the morning (I think Jer called it the ‘ten o’clock rise’ or something like that), it appeared that level after level of descending birds, in formation, rose to the highest heaven as far as the eye could see, like Jacob’s Ladder. All this set against a backdrop of the Cascade Mountains to the west and the Snohomish Valley surrounding.

And the sounds? Equally marvelous. Ducks calling, responding to Jer’s imitations. The whoosh of a hundred teals and their two hundred beating wings screaming past like the sound of a freight train. The passing blips, caws and chatters of eagles, crows and kingfishers. The plop of a bird hitting the water after a successful shot, followed by the blast’s echo off the valley hills. Even the sound of Jeremy slogging through slough and backwater, breaking through thin ice in water up over knees while retrieving.

Finally, I’d be remiss if I did not mention the feel, the touch, the palpably holy texture holding a freshly fallen bird. I struggle to fully describe this. Sure, it’s bound
for the stewpot or grill, but the splendor of the animal up close is stunning, The intricacy of its wing and tail feathers, the softness of its down, the smoothness of its head and bill, the complexity of its coloring from every angle, sometimes iridescent. I was struck with a reverence, a sacred hush of gratitude, to see it in this way. 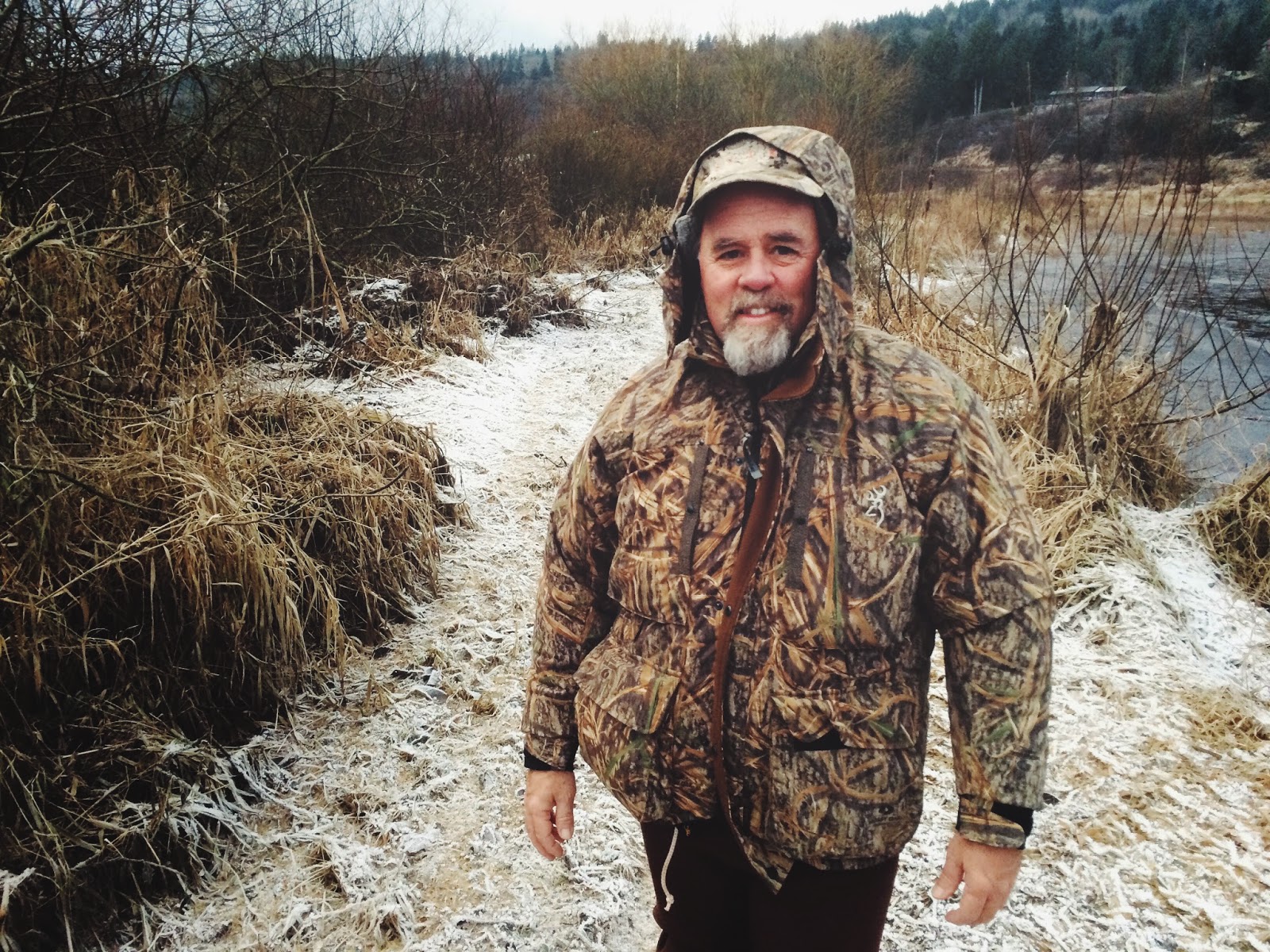 In one of the ancient genealogies in the Bible’s Book of Genesis, there’s a great-grandson of Noah mentioned by the name of Nimrod. It is said of him that he was ‘…the first on earth to be a mighty man, a mighty hunter before the Lord (Genesis 10:8-9).’ Gail and I vacation often in an area of Michigan’s U.P. where the local school’s team name is The Nimrods, apparently once taken on by Jay Leno as the most ridiculous sports team name in the country. But the first mighty man on earth? The first mighty hunter before the Lord? That’s quite a distinction. I’m sure my son-in-law would not qualify for Nimrod’s place of honor. Yes, he bagged his limit today, seven birds -- six mallards and a teal -- though a marsh hawk feasted on our teal before we got back to the place we’d left it lying under a bush a couple hours before. Just the same, it was an exciting morning for me, and I am grateful to God and to Jeremy for it. I feel like John Muir, when he said,

“Look at that now… And to think that God should plan to bring us feckless creatures here at just the right moment, and then flash such glories at us! Man, we are not worthy of such honor! Praise God from Whom all blessings flow!”