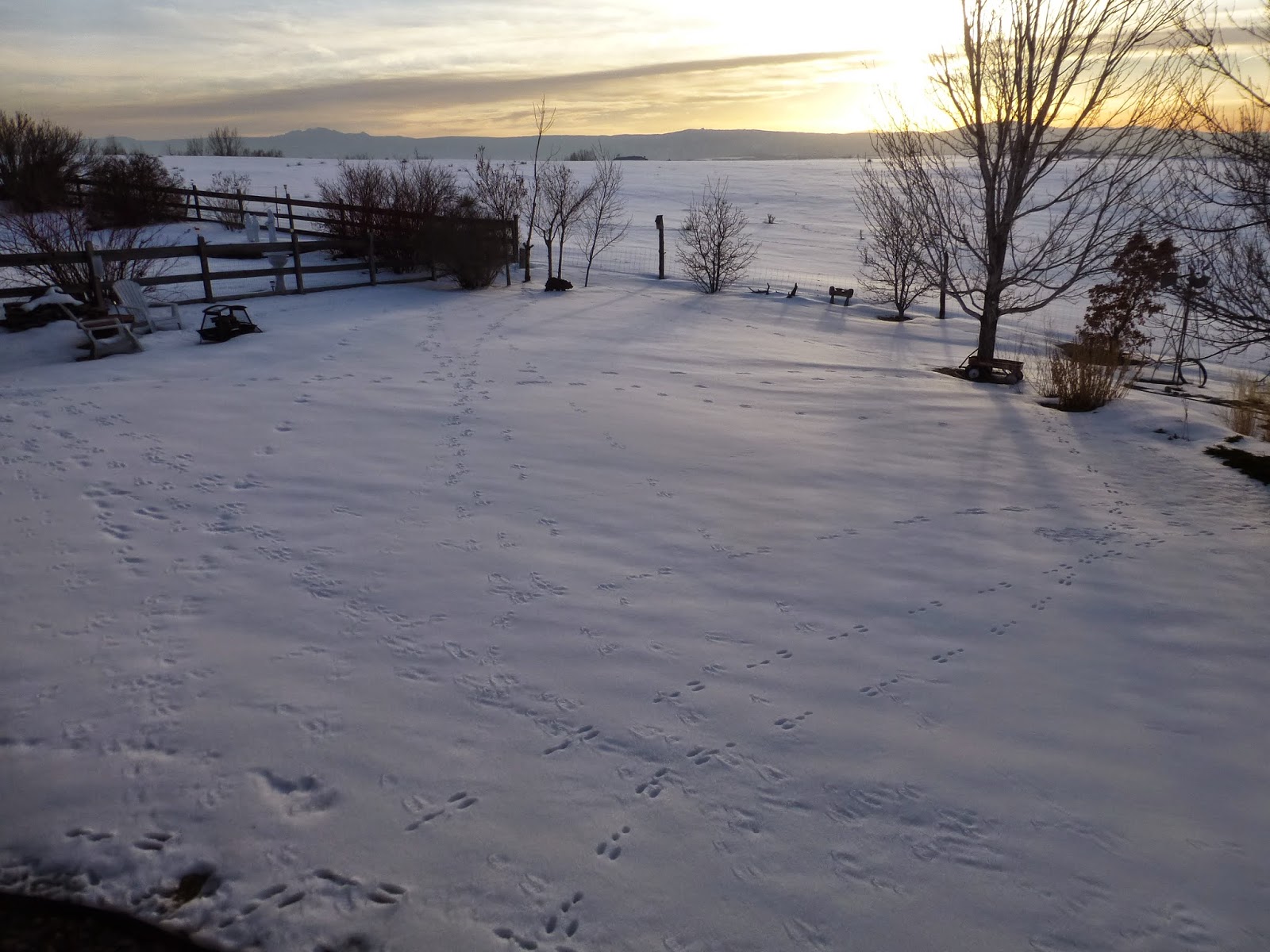 OK, this photo will seem a little pedestrian to some, but I couldn’t help being drawn to take a photo of the animal tracks in our Castle Rock backyard while the sun was going down last night. The yard is mostly a monoculture, as far as I know, because the only things we’ve seen lately are cottontail rabbits. But they do make their presence known in all seasons – munching grass (green or brown), chewing select garden plants down to the nub, or leaving rabbit ‘duds’ scattered about to fertilize the lawn, which is generally more than I can say that I do for it. At other times we’ve seen a fox in the backyard, no doubt drawn to the cottontails, but the only one of those we’ve seen lately was out beyond the fence. (You can’t really see our fence, only the fence poles. It is just wire, and doesn’t block the views!)

Further out beyond the fence and in the field, this morning I can see not only the well-worn paths between burrows in an encroaching prairie dog colony, wondering when at last I am going to find a mound in my yard, but also the loping prints of coyotes come to check the cute little morsels out. No doubt they also make a tasty meal from time to time. Red-tailed hawks also hunt them from our yard, perched from a thirty-foot Ponderosa Pine just to the right of the photo view. 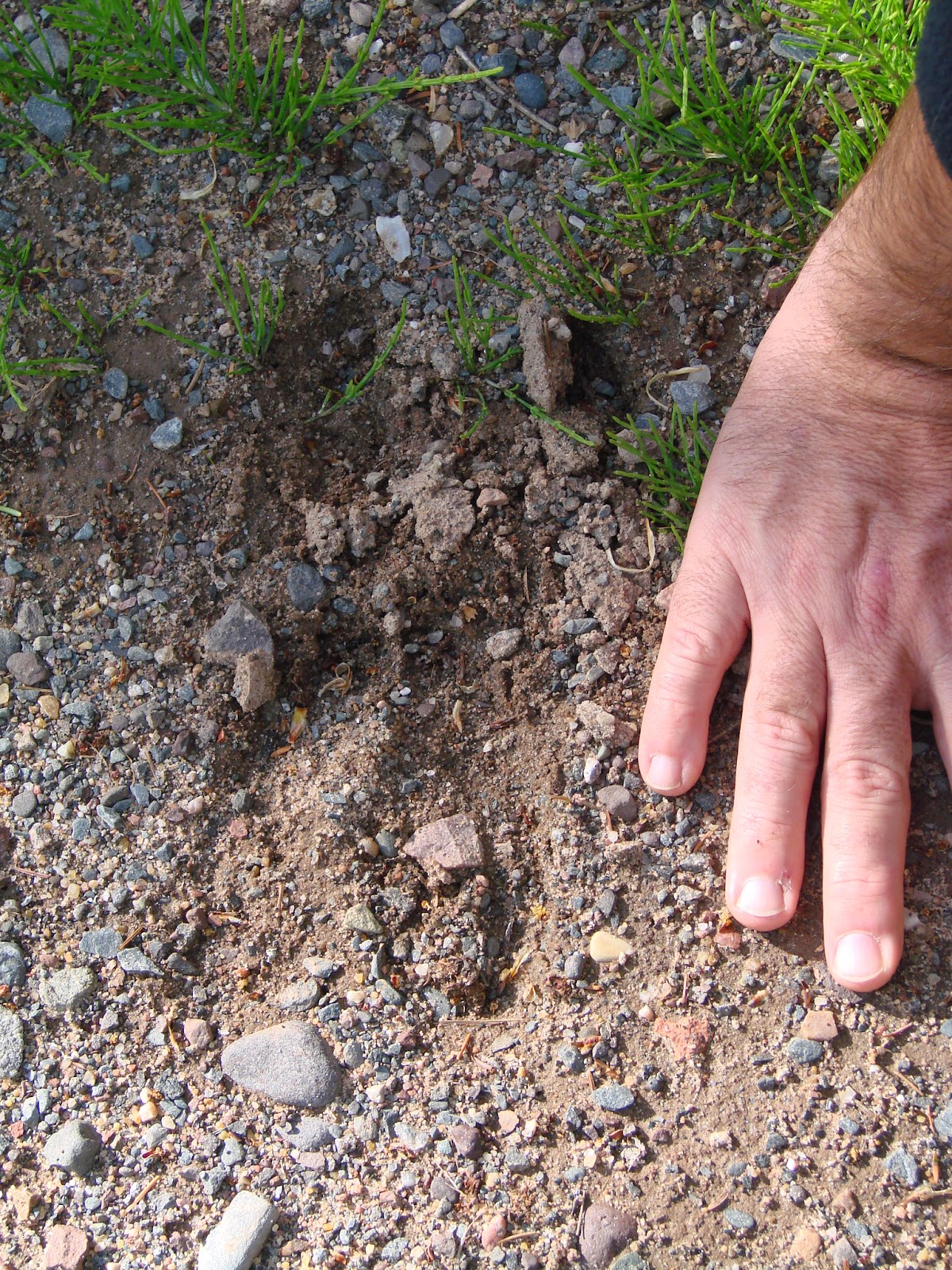 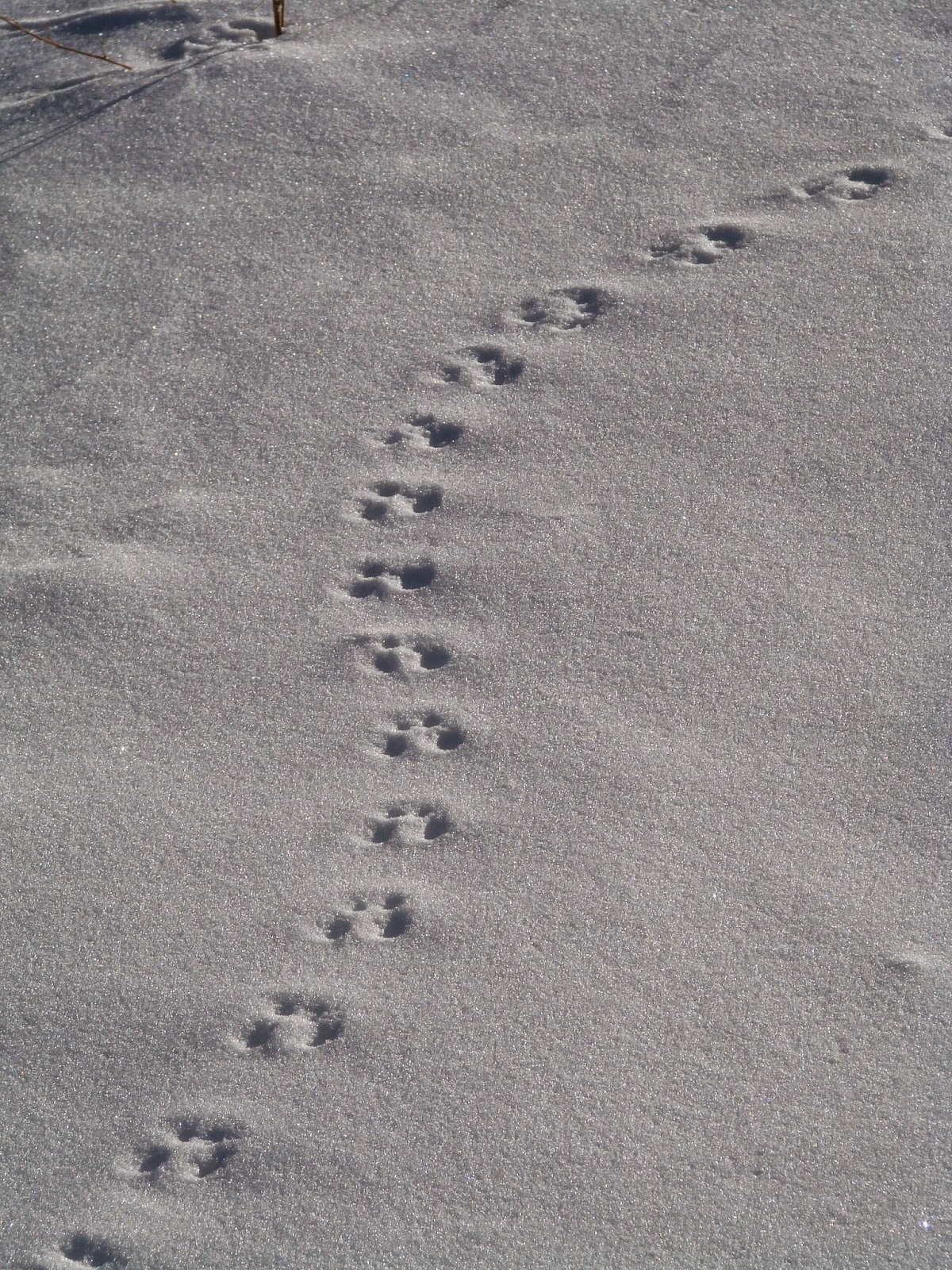 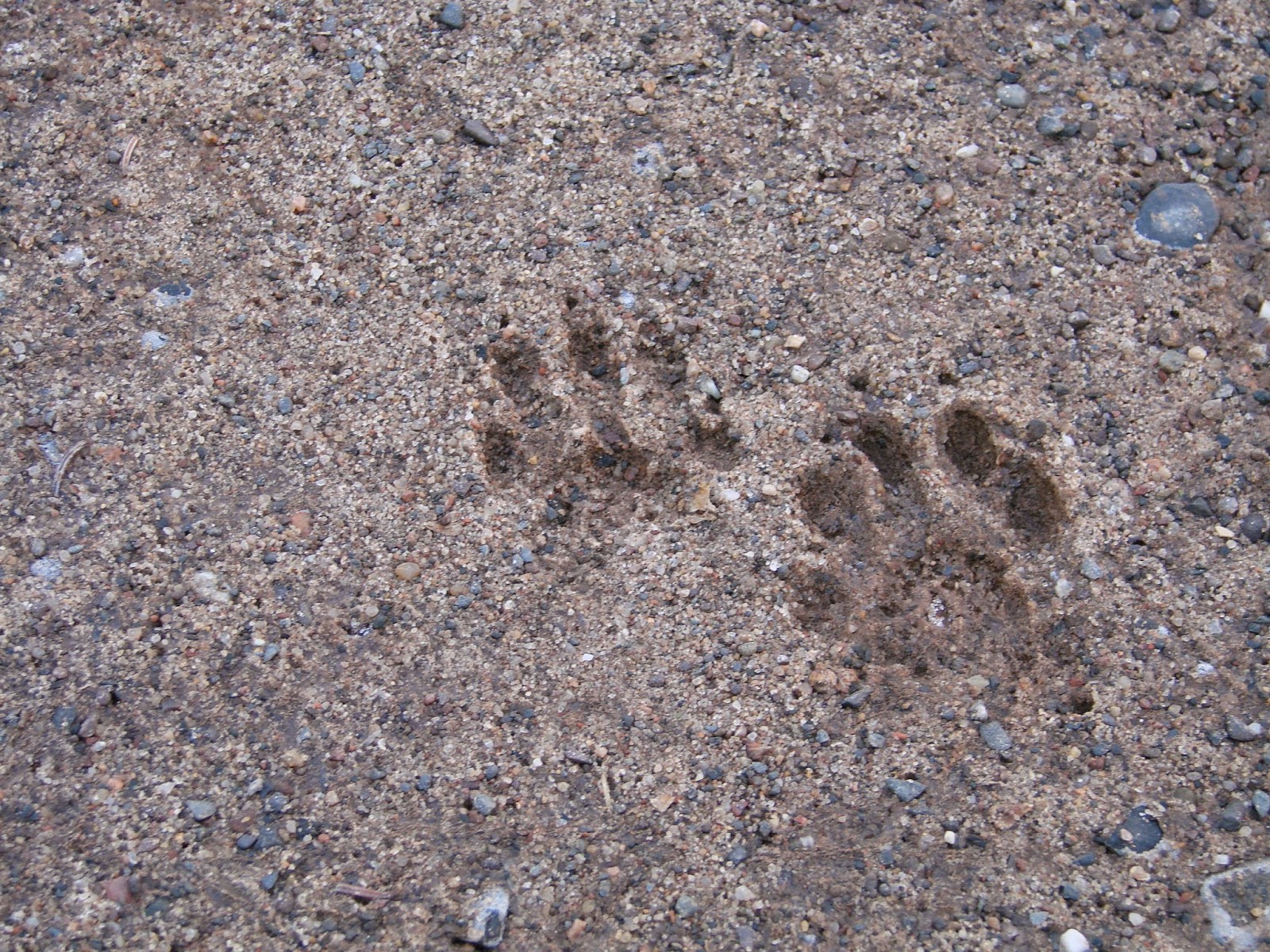 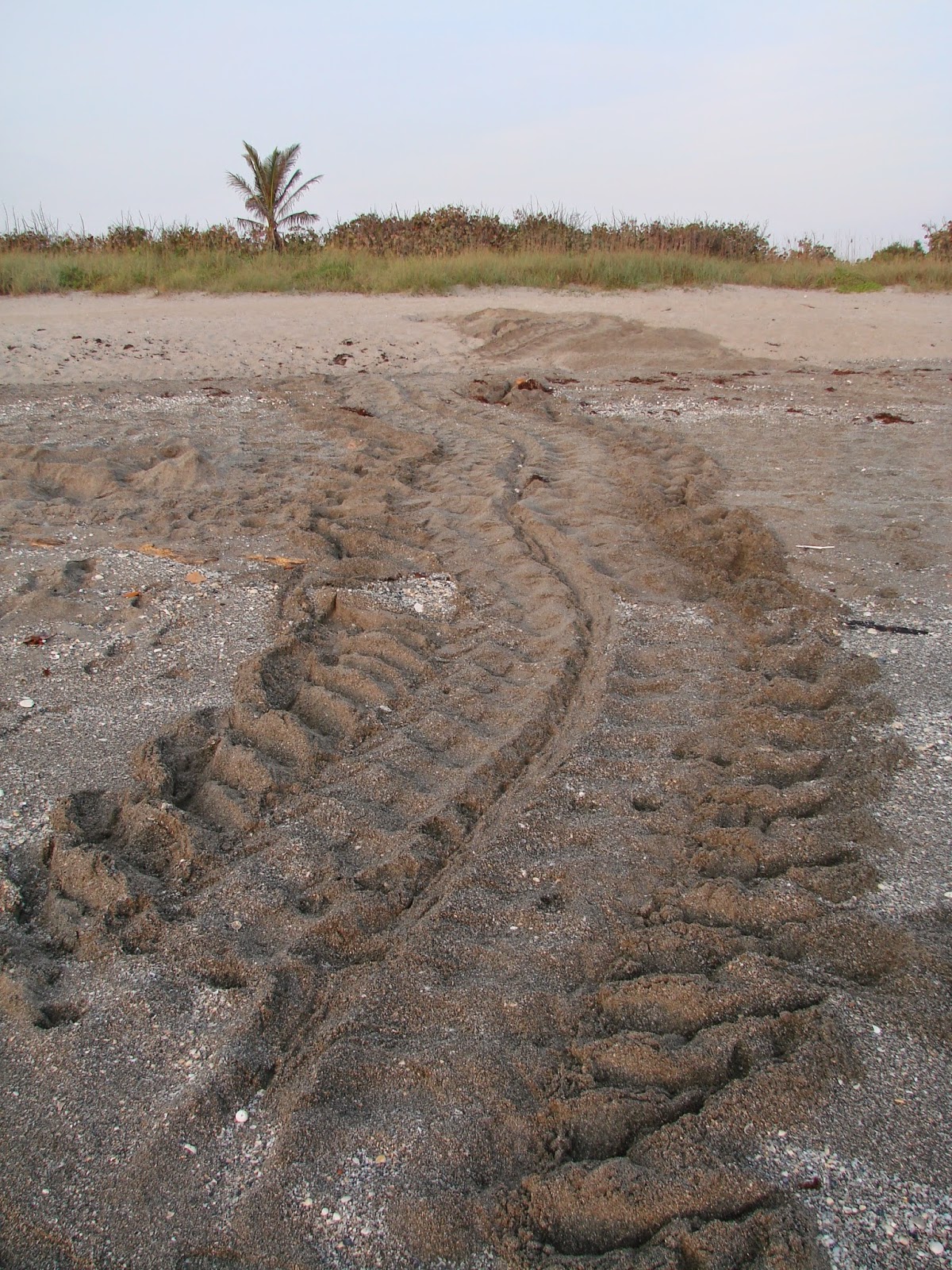 (above, from top to bottom: moose, cottontail, raccoon and sea turtle tracks)

One of the lovely things about hiking in winter is the ability to see tracks of animals in the snow. Tracks are so very much more subtle when the ground is clear that one can be lulled into thinking there’s not much going on. Yet animals are persistently present, just simply not easily seen. By contrast, even the smallest winter snowcover allows us to see the plethora of activity that constantly takes place when we are not looking. Out in the Pike National Forest just to the west from our Colorado home, or in the Michigan woods we haunt so much, the tracks are profuse during winter, from large elk or deer hooves, as they migrate from yard to yard where surface is exposed, to the tiniest feet of field mice darting quickly to avoid the attention of watchful owls. The latter, of course, and the other tiny critters, make most of their pathways under the snow in a habitat called subnivean; this word is taken from the Latin ‘under snow,’ and the environment that develops there, only as snow grows deeper, not only provides much greater warmth, even in far northern climes south of the permafrost belt, but also greater protection from predators and easy access to food sources. One can sometimes even see these hidden trails in spring when the snow finally melts.

God is present to us, too, in spite of our difficulty seeing him at times. He is not only constantly present, but constantly attentive to our circumstances. Wouldn’t it be great if we could see his footprints daily attending in our direction? Yet God’s ways are mystery, infinitely more so than that of furtive animals, so that one can be tempted to think he is absent. But do not believe that for a moment. They may not be easy to see, yet even God leaves tracks… “This is what the Lord says – he who made a way through the sea, a path through the mighty waters… I am doing a new thing! Now it springs up; do you not perceive it? I am making a way in the wilderness… (Isaiah 43:16, 19)”