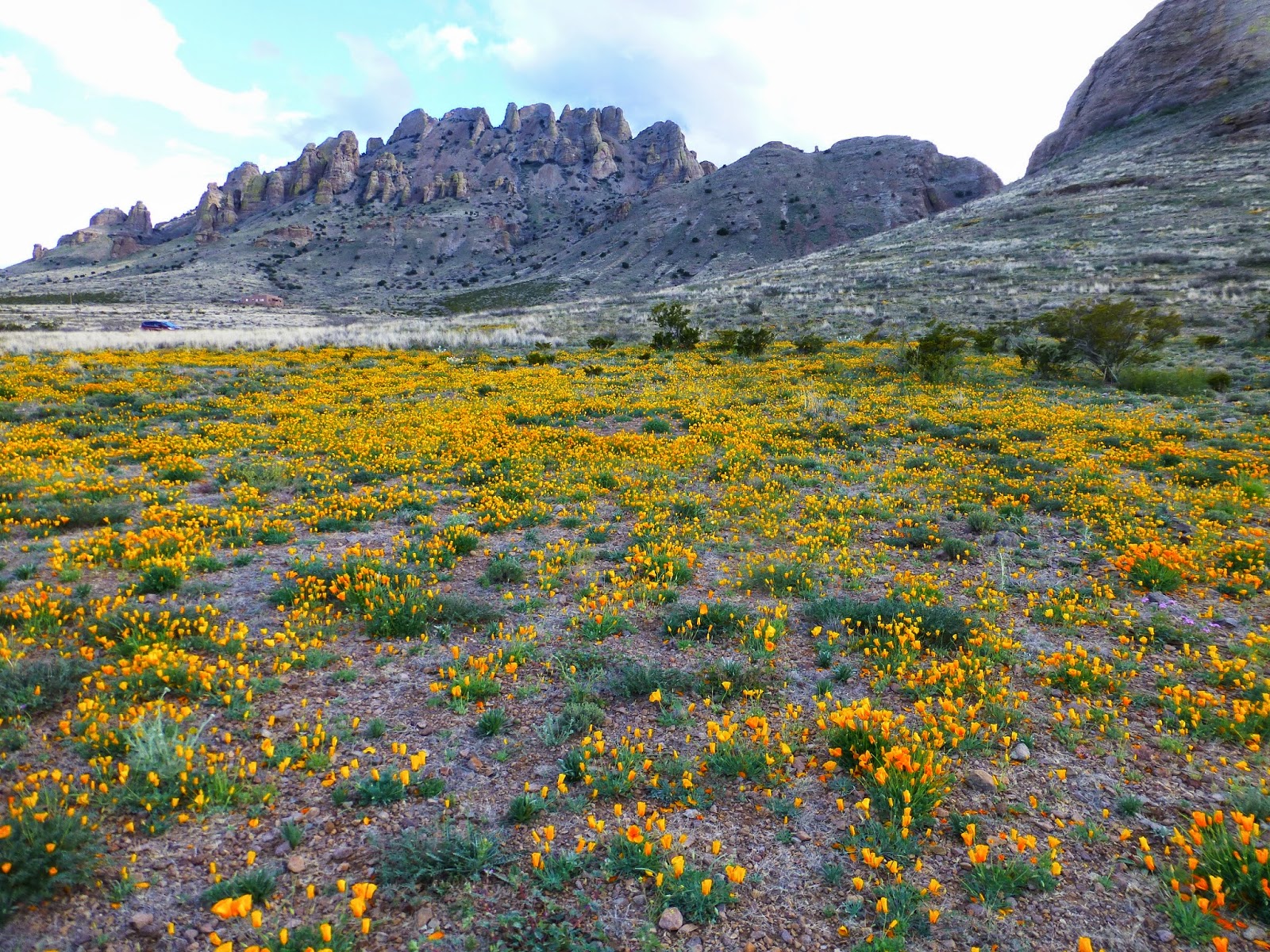 OK, here’s something I’ve never had the delight of seeing before, that I’ve been eager to share with you since taking the photos last week. On our most recent visit to the church we’re serving part-time in New Mexico, we spent an amazing afternoon with a new member of the church and her husband, taking what could only in retrospect be called a ‘wildflower hike’ in the Florida Mountains near Deming. It was in a place called Spring Canyon State Park, a newer unit of nearby Rockhound State Park (where we encountered our first rattlesnake ever while hiking several months ago). We went, having asked this couple if they could simply take us out and share with us some of the things they knew about New Mexico flora (which we had already come to know was exponentially more than us!). 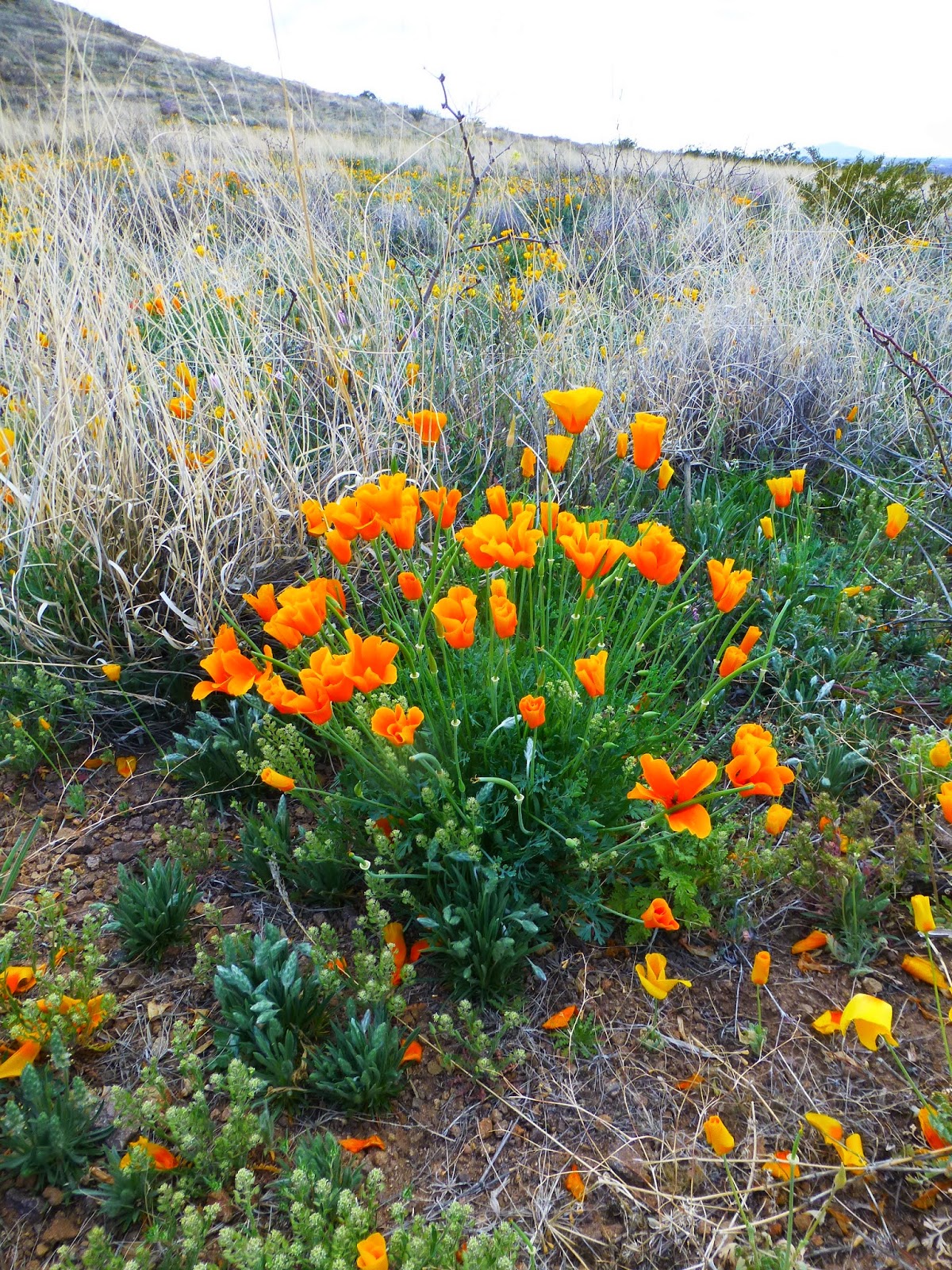 What a time we had! “Here, eat this!” Charles would say. And it would be delicious. “Oh, that’s Gluteus Maximus E Pluribus Unum Veni Vidi Vici,” Melanie would say. (Not really, she and he had all the Latin genera down quite well, as well as the common names, some plants of which had several.) And then we’d be off to the next thing along the trail. Gail and I had picked up a knowledge of a few of the more common things since our work in New Mexico began last spring, but the plethora of specimens here had all of our heads reeling -- none of us had expected such a profusion of wildflowers this early in the season. It was as though spring had broken forth all around us in a moment, an early Easter in the long Lenten season. 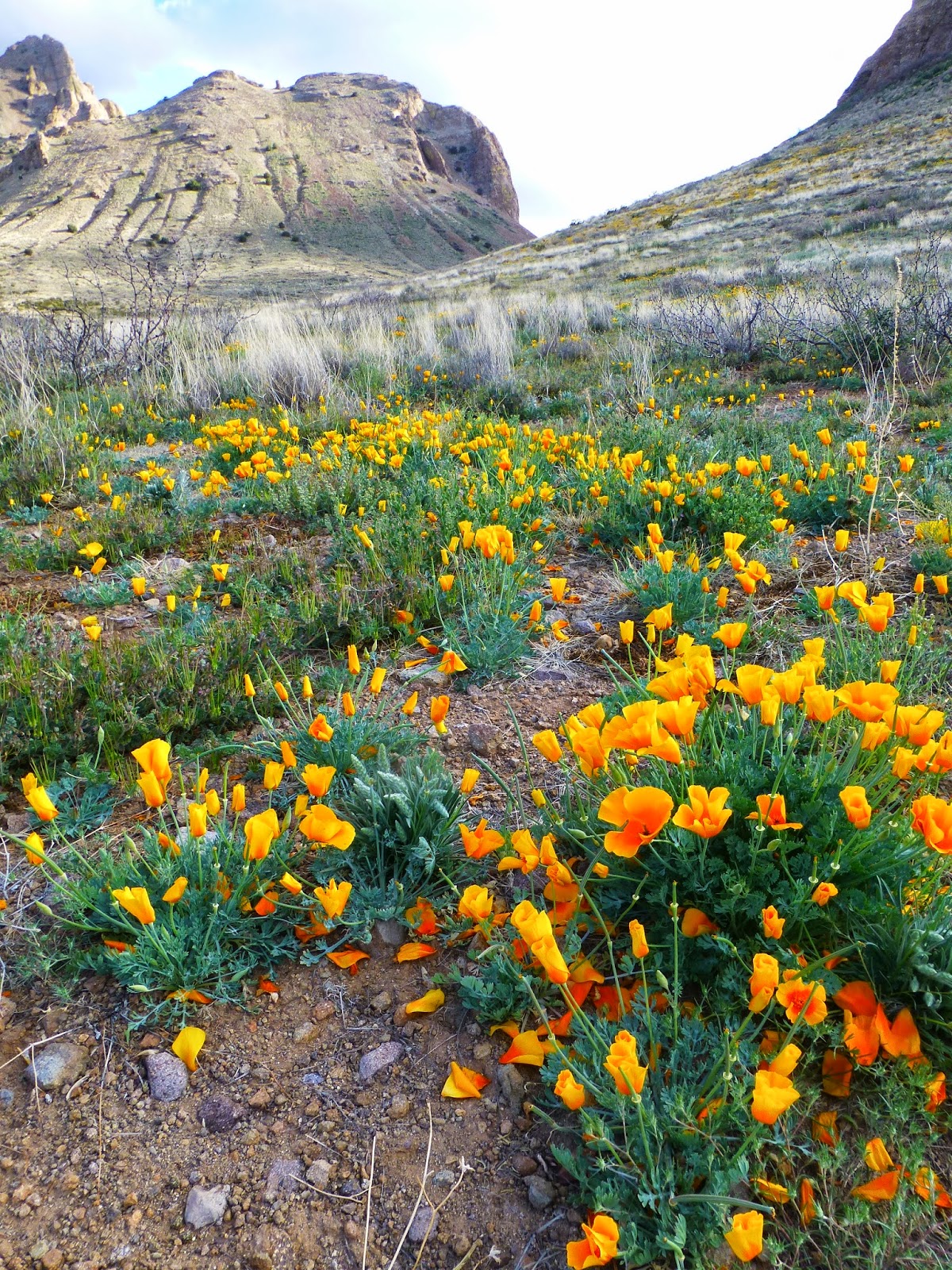 Upon our exit from the park, Charles noticed a skirt of a mountain off to the west that was tinged in yellow orange, so he grabbed a quick left on a gravel road, went a ways and then began to search for an off-road two-track that might get us over that way. “That looks promising,” he deadpanned. Having found an overgrown range lane, we sliced over some low brush for a couple hundred yards and soon found ourselves surrounded by Mexican Poppies. “Charles,” I said, “as long as we’re here, I can’t not get out and take some photos.”

The sun teased us mercilessly over the next half hour, brightening the carpet momentarily and then disappearing behind steely clouds, but we were still able to enjoy it, walking among them nearly loathe to step
on any, which we found quite impossible.

It is always a singular delight to be out in nature with others who enjoy it as much as we do, who think it not strange to pause at a plant and bend over, unmoving for thirty seconds, trying to figure out what something is, or just enjoying it in situ. Jesus contemplated nature, too, and used it to teach important lessons. In fact, he had it more than right when he said, “I tell you, don’t worry about your life… See how the flowers of the field grow. They do not labor, yet I tell you that not even King Solomon in all his splendor was dressed like one of these. If that is how God clothes the grass of the field… will he not much more take care of you, you of little faith?”

How grateful we were to these new friends for such a wonderful excursion. How grateful we are to God for the splendors of his creativity, and the simple but necessary lessons of which we are constantly reminded.