Blowin' in the Wind: Richard Rohr and "Aweism" (Not Animism!)

("Blowin’ in the Wind" is a regular feature on my blog consisting of an assortment of nature writings – hymns, songs, excerpts, prayers, Bible readings, poems or other things – pieces I may not have written but that inspire me or have given me joy. I trust they will do the same for you.)

Richard Rohr is a popular Franciscan priest and monk, prolific author and retreat speaker, working out of his New Mexico home province based in Albuquerque. His ministry center, The Center for Action and Contemplation, offers a free, daily meditation that may be gotten by subscribing here. Though I have read several of his books (a really good one I read last year is Falling Upward: A Spirituality for the Two Halves of Life – highly recommended!), some day I’d like to get down to Albuquerque and take in one of his workshops or retreats. 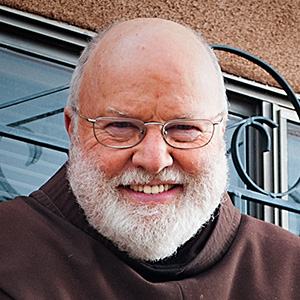 Back in January they sent out a devotional called Aweism; it is based on Romans 1:20, a keystone text for those who find nature an important spiritual pathway. Adapted from several of Rohr’s writings, I thought the meditation a dandy, so saved it for use some day in my Blowin’ in the Wind blog feature. Some may think it smacks of animism, yet I do not believe that is so. Besides, humankind can do far worse than making a god out of God’s creation, and usually exceeds itself in doing so.

For what can be known about God is perfectly plain, for God has made it plain. Ever since God crated the world, God’s everlasting power and deity is there for the mind to see in all the things God has created. (Romans 1:20)

This amazing, yet all too often ignored, passage says the essential message is written everywhere for all to see, if they indeed want to see.

Both Anthony of the Desert (c. 251-356) and Thomas Aquinas (1224-1274) said there are two books of scripture. The first book of scripture is the natural world… The second is the written Bible, which has only existed for about 2,000 years. We basically threw out the first book for much of those years, although it got worse after the invention of the printing press. We gave most of our attention to the written book, which has kept us in our limited left-brain, outside of direct experience, and with the dualistic mind that the ego always prefers. Mere words, even and most especially “holy words” and authoritative words, when used apart from any experience of an Eternal Word, tend to create argumentative people… [their being] two to three steps removed from true experience.

We did not honor and learn from the first and primary Bible of creation, so how would we know how to honor and properly use the second Bible? We largely mangled and manipulated the written word of God for our own ego purposes, instead of receiving it inside of the mystery, awe, silence, and surrender – which the natural world demands of us and teaches us. Many have said that a fundamental attitude of awe is the primal religious experience and the beginning of the search for God. If we start with mere argument we never leave the battlefield. Imagine a religion called “Aweism!” Instead of wasting time trying to prove or disprove miracles, this religion would be inhabited by people who see that everything is a miracle. Only people who can fully surrender to things beyond themselves can experience awe, wonder, or enchantment.

Surrender is not giving up… Surrender is entering the present moment, and what is right in front of you, fully and without resistance or attempts at control. In that sense, surrender is almost the opposite of giving up…, it is being given to!

We must know that creation is our first and final cathedral. Nature is the one song of praise that never stops singing, as many of the Psalms say. If you are drawn to “kneel” in this cathedral, you can always talk to a Mystery that is so much larger than yourself. It takes no theology classes whatsoever, no proofs, no arguments. Aweism is the one true religion…

Once again, I find this excerpt in the ‘wish I’d said that’ category.