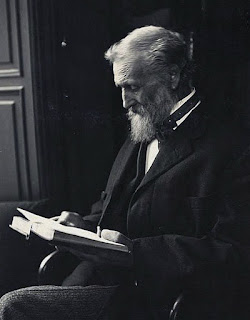 It’s time again for something from John Muir. Muir, as many of you know, was a naturalist and author of the late 1800’s and early 1900’s, a man of Christian faith, and an enthusiastic and effusive observer of the natural world. For me, he embodies some of the best of the etymology of the word ‘enthusiasm’: break the word down and it comes from two Greek words – en, which as you can imagine means ‘in,’ and often finds itself a prefix to a larger word, and theos, the Greek for ‘god.’ To be enthusiastic, therefore, is to be ‘in god,’ or put another way, ‘to be possessed of God.’ I like that, more fun with words! The man Muir was indeed wholeheartedly possessed, so much so that some considered him a kook. But at times I know that feeling…

I wrote on him in one of my very first blogs nearly three years ago and you can learn more about him here, including the fearsome experience that launched his zealous attention upon God’s creation.

Here are the quotes. They have little to do with each other and their sources escape me, yet I include them together here only because they both are found on the interpretive signs (the photos) surrounding the visitor center at White Sands National Monument in southern New Mexico, which we called upon several times during our ministry nearby this past year. 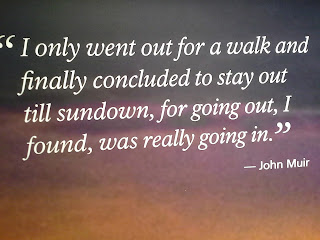 I only went out for a walk and finally concluded to stay out till sundown, for going out, I found, was really going in.

This sounds a little C.S. Lewis-y to me. What do you think? Perhaps it is just reminding me of a Lewis quote. But the propensity for the natural world to mingle our out-goings and our in-goings… it’s a lovely thought. God’s presence is like that as well. Even the Psalmist said, The Lord will keep your going out and your coming in from this time forth and forevermore (121:8). 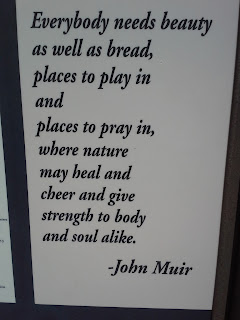 Everybody needs beauty as well as bread, places to play in and places to pray in, where nature may heal and cheer and give strength to body and soul alike.

I imagine this kind of quote was part of his rhetoric as he stumped for the establishment and extension of the National Park system. Yet it’s true, beauty and bread. It’s what keeps me ‘going out.’ I trust you will be fully blessed by both at some point in the days immediately ahead.